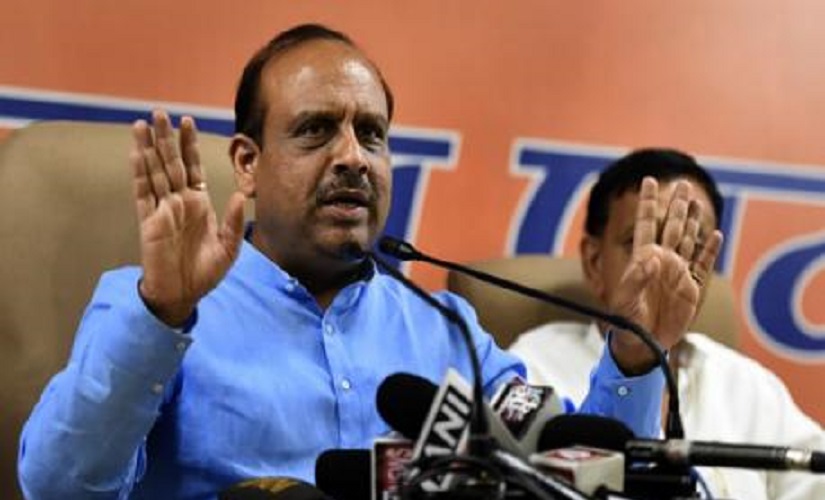 Hitting the Aam Aadmi Party, Vijender Gupta accused the government of not fulfilling even one promise that they made in their last assembly election manifesto pertaining to the power sector in the City.

Vijender Gupta accuses Arvind Kejriwal and his government of increasing tariff on power, purchasing electricity on high rates, levying additional charges on the customers, and not bringing the power distribution companies under RTI ambit.

Addressing a press release Vijender Gupta said that the Delhi government has enhanced the fixed charges on electricity bills from the year 2018 buy a huge six times, from ₹20 to ₹125 for every connection.” Argue that this increase in the fixed charges has impacted the lower and middle-class customers in Delhi.

He further on added that in 2002 the Delhi government and DISCOMS established the Pension Trust Fund for the purpose of the disbursing pension to the employees which has been disbanded by the current government.

However, the current government has band the release of the Pension Trust funds and has started penalizing the customers by collecting 3.8 % of the electricity bill as Pension fund from the customers benefitting the DISCOMS.

“The Power Purchase Cost Adjustment Charges levied by the government are unconstitutional,” he added.

The statement by the BJP leader accused the Kejriwal government that promised that if power distribution companies cut power beyond the specific time then they will compensate the power consumers. However, not a single penny has been paid to anyone so far.

Delhi is will be witnessing one of the most important and interesting contests between the Bharatiya Janata Party cricketer turned politician Gautam Gambhir and Aam Aadmi party’s Atishi Marlena.

The seven Lok Sabha seats in Delhi will go to polls in the 6th phase of Lok Sabha elections on May 12. The election results will be announced on May 23.