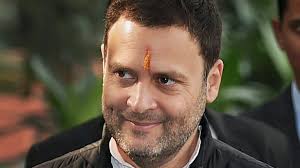 The BJP gave a notice in the Rajya Sabha on Thursday for raising a breach of privilege motion against Congress president Rahul Gandhi, saying he has imputed motives to the “intent, character and conduct” of Finance Minister Arun Jaitley in a tweet. In his notice, senior BJP leader Bhupendra Yadav said Rahul’s tweet twisting the spelling of Jaitley’s surname to ‘Jaitlie’ was highly derogatory. Rajya Sabha chairman M Venkaiah Naidu said Yadav’s privilege notice.

Dear Mr Jaitlie – thank you for reminding India that our PM never means what he says or says what he means. #BJPLies pic.twitter.com/I7n1f07GaX

“I will have to examine it and take a view. One thing I should advise everybody is that a solemn agreement had been reached between the Leader of the House [Jaitley] as well as the Leader of the Opposition [Ghulam Nabi Azad]. all other people have also endorsed it. Anybody outside commenting on that agreement… That is not fair and good for the House and also our system. But anyhow… I will be going through the privilege motion and take an appropriate decision,” Naidu said.

Hours after the Congress and the government had broken the deadlock in Parliament on Wednesday with Azad telling the House that “nothing should be said to hurt the dignity of the Prime Minister”, Rahul had tweeted “Dear Mr Jaitlie — thank you for reminding India that our PM never means what he says or says what he means. #BJPLies.”

Raising the issue in the House, Yadav said the Congress president intentionally, maliciously and disrespectfully “twisted” Jaitley’s name to defame the House. Congress members rose in protest even as Naidu said “no member should take the name of person who is not present in the House and who cannot defend himself in the House against a charge or an allegation or an issue raised against him”. “That is the rule position, which is very clear. Bhupenderji, you should also know it. The name will not go on record,” the Chairman said.

In his notice, Yadav said Rahul’s tweet not only imputes motives to the intent, character and conduct of Jaitley but the way the spelling of his surname has been twisted is in itself highly derogatory and extremely unbecoming on the part of the Congress president. “In his tweet, the Congress president has deliberately misinterpreted the proceedings of Rajya Sabha in order to malign the government. Thus, it also constitutes an affront to the dignity of the House… It is a deliberate act of vitiating the political atmosphere of the country and a clear-cut attempt of obstructing the House in performance of its functions by vitiating the political atmosphere of the country,” he said.