Intensifying its efforts to seek another term in the Office, the Bharatiya Janata Party(BJP) on Friday has released its list of star campaigner for the state of Gujarat in a run-up to the General Elections 2019.

The party had in 2014 bagged all 26 seats in the state, however, this time it would not be a cakewalk for the party with Congress leaving no stone unturned for the mega battle of ballots.

The party has also named Actor Vivek Oberoi as its Star Campaigner for Gujarat for the mega battle of ballots. Noteworthy, the actor is starring in a film ‘PM Narendra Modi’ which is based on the life of Narendra Modi and is expected to release on April 11.

However, Outgoing MP from Gandhinagar LK Advani name was missing from the list. LK Advani who had in 2014 represented Gandhi Nagar Parliamentary Seat has been replaced by Amit Shah.

Other names in the list include Shivraj Singh Chouhan, Vasundhara Raje, Vijay Rupani, Hema Malini, Mukhtar Abbas Naqvi, and others.

BJP in a run-up to the General Elections 2019 has already started rolling out the lists of Candidates and has so far declared Candidates on over 370 Lok Sabha Seats. In Gujarat, the party has till now announced 25 Candidates with Amit Shah contesting from Gandhinagar, Mansukh Bhai Vasava from Bharuch, among others.

Election Commission had on March 10 declared schedule for General Elections 2019. Lok Sabha Polls are slated to begin from April 11 and would spread on Seven Phases starting from April 11 to May 19. 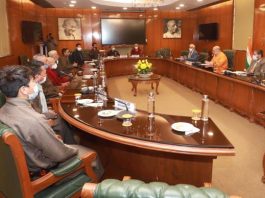 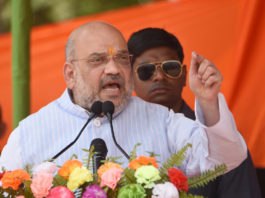 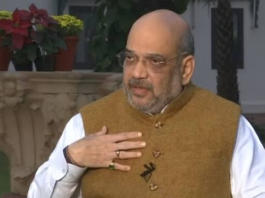 IIIT, IT-SEZ will serve as a benchmark for entire North East:...