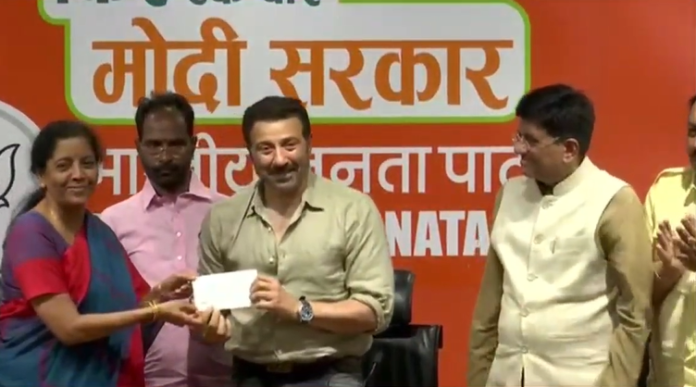 The party in the list named sitting MP Kirron Kher from Chandigarh Parliamentary Seat. Kher in a run-up to the mega polls will take to Congress nominee and former Union Minister Pawan Kumar Bansal.

The Actor has on Tuesday joined Bharatiya Janata Party in New Delhi in presence of Union Ministers Nirmala Sitharaman and Piyush Goyal in the middle of ongoing national elections 2019.

Deol in a run-up to the national polls will take on Congress Sunil Jarkhar, AAP’s Peter Masih and PDAs’ Lal Chand Kataruchak. With this, the party has named its candidates on 415 Seats.

Bharatiya Janata Party in a run-up to the mega polls 2019 has forged an alliance with Shiromani Akali Dal. BJP has named Union Minister Hardeep Singh Puri from Amritsar. BJP is contesting on 3 seats while 10 been offered to Akali Dal.