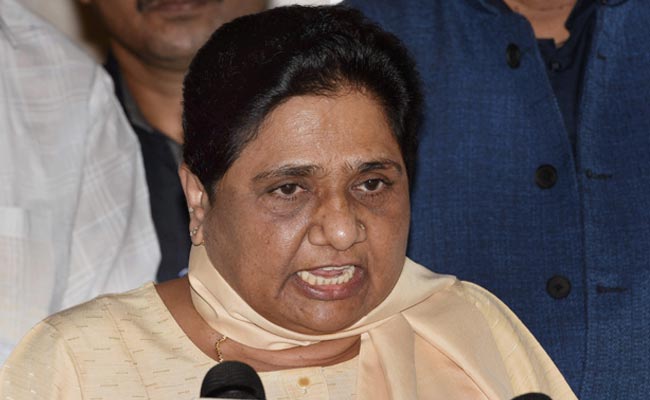 Reacting to the recent political changes taking place in the country Bahujan Samaj Party Chief Mayawati on Saturday in her statement said that the democracy of India is in Danger.

Supporting her statement she referred to the past events when the political developments in Goa and Manipur led to BJP coming to power in the state. She alleged that the party is using the same policy of trying to get a hold on the government in every state. She further spoke about the changes in Bihar government after CM Nitish Kumar breaking off with RJD-Congress and joining BJP.

She also pointed out that after the political turmoil in Bihar the resignation of Gujarat Congress MLAs to join BJP has actually shaken the opposition to the very core. She alleged that BJP’s dominance is creating a feeling of terror in the opposition and it is to the extent that Gujarat Congress had to move its MLAs to a safer place. She added that BJP’s greed for power has turned into its lust for power.

She also highlighted the recent resignation of MLCs from Uttar Pradesh saying that “after forming its government in Goa and Manipur by “crushing democracy”, whatever is happening in Bihar, Gujarat and Uttar Pradesh is an example of misuse of official machinery like ED, CBI, income tax etc against opposition leaders.”

She also accused that because of BJP, the governments in Odisha and West Bengal are also facing official terror.