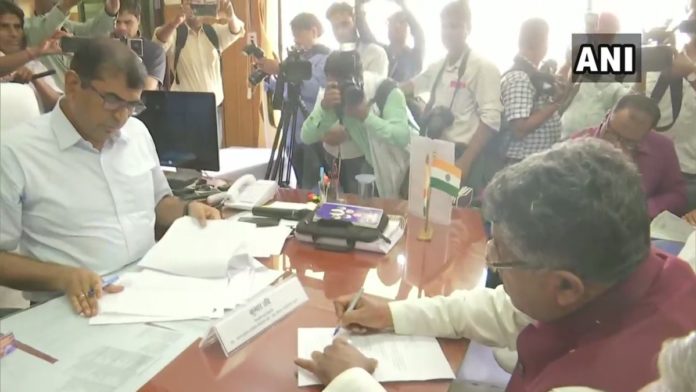 Ravi Shankar Prasad in a run-up to the national elections will take on Congress nominee Shatrughan Sinha. Prasad has been named by BJP replacing its two-time sitting MP Shatrughan Sinha who has been lately become a strong critic of Bharatiya Janata Party and Prime Minister Narendra Modi. Sinha had on April 6 joined Indian National Congress after meeting with Congress President Rahul Gandhi.

BJP Nominee Ravi Shankar Prasad, a two-time Rajya Sabha MP, is making his electoral debut. Prasad has been a member of the BJP’s National Executive since 1995.

Bharatiya Janata Party in a run-up to the national elections has forged an alliance with JD(U) and LJP in Bihar. The NDA is taking on the RJD-led Alliance of which Congress, RLSP is a part among others.

Results for the crucial Lok Sabha Polls will be announced on May 23 four days after the 7th phase of voting. Bihar’s 40 parliamentary seats will go to polls in seven phases starting from April 11, April 18, April 23, April 29, May 6, May 12 and May 19.

Voting for Phase-IV is slated for April 29. Patna Sahib Lok Sabha Seat will go to polls on May 19, while April 29 is the last date to file nomination.