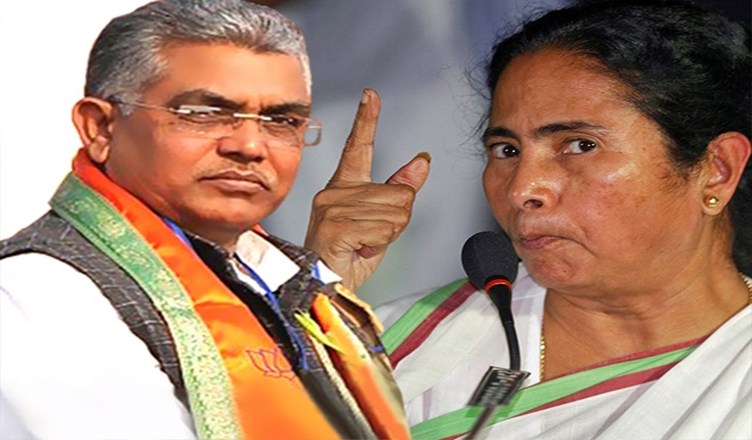 As a counter to the TMC's "BJP Quit India", the state BJP unit would also launch a campaign on August 9 against the "appeasement policy".

Responding the announcements of Banerjee, West Bengal BJP president Dilip Ghosh said that BJP is ready to fight against the appeasement and communalism politics of Banerjee. He pointed out a similar attempt made by Banerjee against BJP which had failed, resulting in BJP winning in four more states. He said, “She had earlier given a ‘Modi Hatao, Desh Bachao’  call, but the BJP won in four more states.”

Further commenting on the remarks of Mamata Ghosh said that BJP came to rule at the Centre and 18 other states through a democratic process and the people know who they want to see as their leader. He further reminded the incident when TMC had tried to expand its base in Tripura but was reduced to a signboard there. Ghosh also pointed out the cross voting from Bengal during the Presidential Polls saying that 6 TMC lawmakers in Tripura had voted for NDA nominee Ram Nath Kovind.

As a counter reply to Banerjee’s launch of ‘BJP Quit India’ movement, Dilip Ghosh also announced that the state unit of the party would launch a campaign on August 9 against the “appeasement policy” of the ruling party in West Bengal.

In response to Banerjee’s allegation that India’s relations with foreign countries had deteriorated during the Modi rule, he said that on the contrary, India has improved its relations with many countries and Prime Minister Narendra Modi‘s foreign policy is respected all over the world.