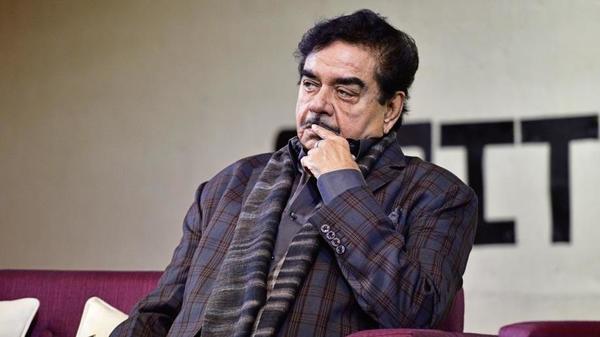 Ending days of rumours and speculations about joining Congress, it is now official that BJP rebel outgoing Member of Parliament Shatrughan Sinha will join Congress by the end of this week and days before national Elections 2019. Bihar Congress campaign committee chairman and Rajya Sabha MP Akhilesh Prasad Singh on Monday confirmed the development about Sinha joining trucks with Congress.

‘He (Shatrughan Sinha) will join (Congress) either on March 28 or 29 in New Delhi,” Singh told reporters on Monday at Patna Airport.

The Development came days after Bhartiya Janta Party announced the name of Ravi Shankar Prasad to contest from Patna Sahib Lok Sabha Seat, the seat which is currently held by Shatrughan Sinha. Sinha represents the Patna Sahib Parliamentary Seat since 2014.

READ: Check Out the Fill List of BJP Candidates for the Lok Sabha Polls 2019

BJP rebel indicated his inclination towards Congress on Sunday when he tweeted “Time has come for Congress Yukt Bharat”. He has in series of tweets also lashed out at BJP government at the Centre for not fulfilling the promises. Sinha in a tweet said, Would like to know from our learned friends/leadership – that when you announced various ‘jumlaas’….15 Lacs to every individual, farmers’ loan waivers & subsidies, more than 2 crore jobs for the youth every year, etc. etc..Was all this fair?’

He also hailed Congress President Rahul Gandhi and called him Master of Situation.

Would like to know from our learned friends / leadership – that when you announced various 'jumlaas'….15 Lacs to every individual, farmers' loan waivers & subsidies, more than 2 crore jobs for the youth every year, etc. etc..Was all this fair?

Sinha was also seen sharing a dais with Andhra Pradesh CM N Chandrababu Naidu who sat on a day-long Strike against the Central Government Demanding Special Status to the Deccan State.