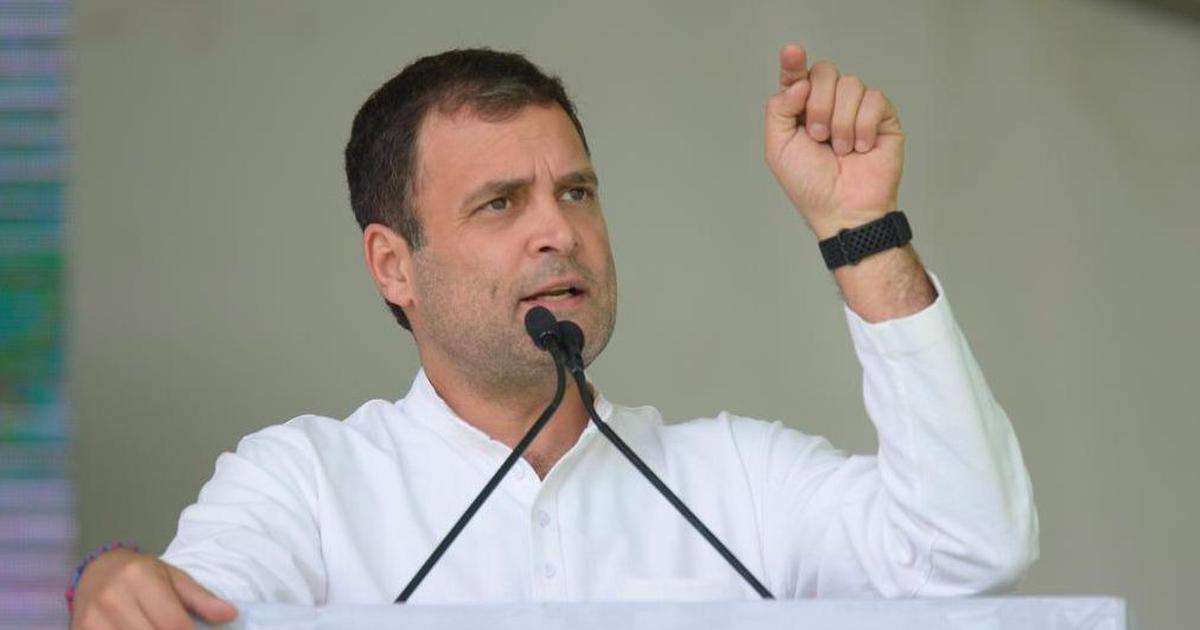 New Delhi, April 30: In the wake of a Home Ministry notice to Congress President Rahul Gandhi on his citizenship status, the Bharatiya Janata Party (BJP) on Tuesday asked him to clarify whether he is an Indian Citizen or a British.

Addressing a press conference here, BJP spokesperson Sambit Patra said due to confusion over several issues concerning Gandhi, he seems to be “a mystery man”. There is confusion with regard to his appointment as a board of director in various companies, who he meets during his foreign tours, his educational background, etc, he added.

“This is about three Cs – Citizenship, Confusion, and Clarification. The question of citizenship raised by the Home Ministry is based on authenticated documents,” he said.

“We would like to ask him if he is Rahul Gandhi ‘London wale’, or Rahul Gandhi ‘Lutyen wale’. Since he has created the confusion, only he can clear it,” he said.

He said there is no political vendetta in raising the issue as it is a right of the nation to know “the truth” of Gandhi’s citizenship.

The Ministry has issued a notice to Gandhi to clarify his nationality within a fortnight after BJP MP Subramanian Swamy alleged that he is a British national.

“You are requested to intimate the factual position in the matter to this Ministry within a fortnight of the receipt of this communication,” it said in the letter dated April 29.

Patra cited the British company’s document to allege that Gandhi is a British national.

He said the company named Backops Ltd was registered in the United Kingdom in 2003 showing Rahul as one of its directors.

“We want to know if you are Indian or British. It is unfortunate that Rahul Gandhi chose to be a British citizen by choice and Indian Citizen by compulsion,” he said.

“It is a serious matter as he is President of a major political party. India doesn’t have the provision of dual citizenship.”

Earlier in the day, Union Ministry of Home Affairs issued a notice to Congress Chief Rahul Gandhi over his citizenship. He has been asked by the MHA to furnish a response with a ‘fortnight’ of the receipt of the communication.

The Development came after receiving a complaint from Rajya Sabha MP Dr. Subramanian Swamy. In which he alleged that the Congress President Rahul Gandhi is the director of a UK headquartered company, where he has shown his nationality as British.

Earlier in a run-up to the national elections 2019, Rahul Gandhi’s nominations from Amethi parliamentary Seat was deferred after an independent candidate Dhruv Lal raised questions over his Citizenship. Ravi Prakash, an advocate of Dhruv Lal raising objections asserted that in the certificate of incorporation of a company registered in the United Kingdom, Rahul Gandhi has declared himself as a UK citizen.

However, the returning officer Ram Manohar Misra accepted the Congress President’s nomination papers and declared it as ‘valid’.