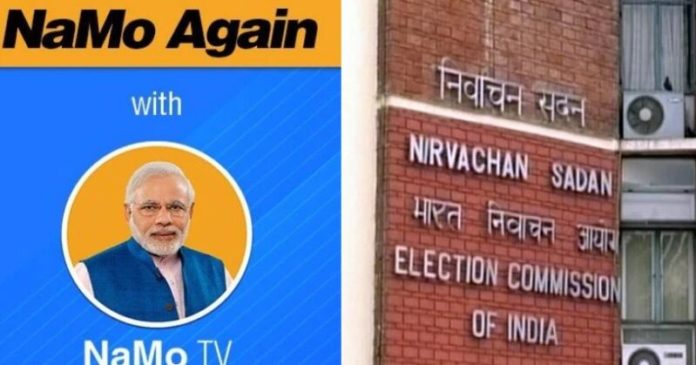 Responding to the ongoing controversy over the NAMO TV, the Bharatiya Janata Party on Friday has written to the Delhi Chief Electoral Officer. The Ruling party in a letter assured the poll officials that only pre-certified and authorised content will be telecast on its NAMO TV.

The development came after NAMO TV Featuring Prime Minister Narendra Modi and the Bharatiya Janata Party were asked to get a nod from the contempt authority.

Sources familiar with the development said as quoted by the NDTV, ‘The Centre-ruling party has responded to the communication to the EC assuring that pre-certified content will air. Media Certification and Monitoring Committee in the Delhi CEO is examining the content’.

The Development came hours after the Election Commission of India on Thursday restricted ‘NaMo TV’ from telecasting any political content until approved by the contempt authority. The Poll Body said that the NAMO TV needs a pre-requisite certificate from MCMC Committee of Delhi only after which it can run political publicity content.

In a letter to Chief Electoral Officer, Delhi, the Election Commission said, “It has been confirmed by you that there has not been any pre-certification of the content being displayed on NaMo TV/content TV, by the MCMC Committee in your office

“Any political publicity content, being displayed on electronic media without requisite certification from competent authority should be removed immediately and any political content shall only be permitted strictly in accordance with EC instructions in this regard
” the letter further added.

Opposition parties including Aam Aadmi Party and Congress had earlier approached the Election Commission with a complaint about the same.

Earlier, the Poll Body sought a report from the Ministry of Information and Broadcasting.  In its response to the notice, the Ministry said that concerned TV Channel is an advertisement platform, therefore, it does not require approval from the Centre.