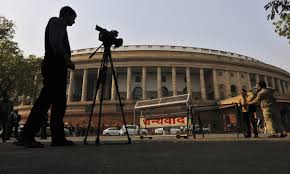 NEW DELHI: The winter session of Parliament beginning on Friday will be held under the shadow of the Gujarat assembly elections and its impact will be visible on the conduct of the government as well as the Congress-led Opposition. The delayed session — to be held from December 15 to January 5 — will also be the first for Rahul Gandhi as Congress party president.

Parliament winter session is all set to begin today on Friday. Nearly 25 pending bills and 14 new ones, including Goods and Services Tax (GST) and Muslim women rights, will be picked up in the session spread over 22 days.

BJP is likely to be equally aggressive with party chief Amit Shah beginning his innings in the Rajya Sabha. If the party wins Gujarat, the Exit polls have already predicted this, it will give a shot in the arm to BJP which has been facing the onrush of a united opposition on issues like implementation of Goods and Services Tax.

The government may make another attempt to get the National Commission for Backward Castes Bill passed in this session. A united opposition had defeated the constitutional amendment Bill earlier.
The Financial Resolution and Deposit Insurance Bill, 2017 is also slated to come up in this session of Parliament. This Bill aims to limit the impact of the failure of financial institutions like banks and NBFCs. It has also been cleared by the standing committee.

Discussions on key burning issues will also be held during this session that will have 14 working days.The session was delayed seemingly as the government did not want to give the opposition, especially the Congress, to use the forum to raise issues that may impact its prospects in Gujarat polls. 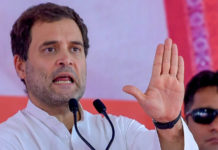