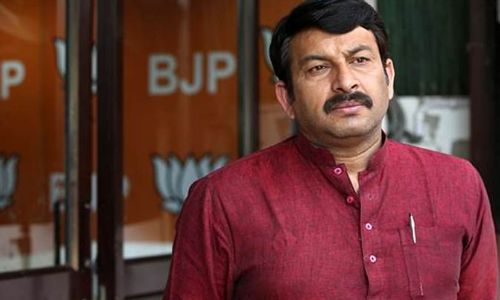 Though the Assembly polls in Delhi are months away, the political temperature has already started shooting up with the both AAP and BJP slamming each other of the varsity of issues. Latest to the tally is the allegations leveled by BJP against AAP of indulging in corruption.

The Delhi Bharatiya Janata Party (BJP) will file a case of corruption against ruling Aam Aadmi Party (AAP) on Tuesday.

The Bharatiya Janata Party claimed that the construction could have been done with maximum spending of around Rs 800 crore.

Slamming the Aam Aadmi Party, Harish Khurana, who is also the media in-charge of the party, said, “The Delhi Government is constructing classrooms of 300 square feet size with the cost of Rs 24.86 lakh’ added saying that this is a clear cut case of corruption.

Addressing a presser over the issue, Delhi BJP chief Manoj Tiwari on Monday slammed AAP and Delhi Chief Minister Arvind Kejriwal and claimed that there is a scam of Rs 2,000 crore in the construction of classrooms for Delhi Government schools.

Manoj Tiwari further added that his party will complain to Delhi Lokayukta regarding the ‘alleged’ scam.

Further intensifying his attacks on Delhi Government, Tiwari said there is a nexus of corruption between Kejriwal and Sisodia and that has now been exposed’. He added that his party shall demand investigation of this corruption by Lokpal.

‘Manish Sisodia should resign and face this investigation.”

Responding to the allegations Delhi CM Arvind Kejriwal dared Tiwari and BJP to get him arrested if there is corruption. Taking to Twitter, Delhi CM said, ‘For the first time, poor children began to study in such good schools. Earlier, only rich children had such schools. Now autos, workers’ children are becoming doctors, engineers, engineers. The BJP does not want that. That is why the BJP has deliberately spoiled schools in its states’.

He added, ‘The BJP’s CBI checked all our files, found nothing. If there is a scam, do arrest us immediately. All the agencies are with you. Why do you want to stop the good education that the poor are getting?’.