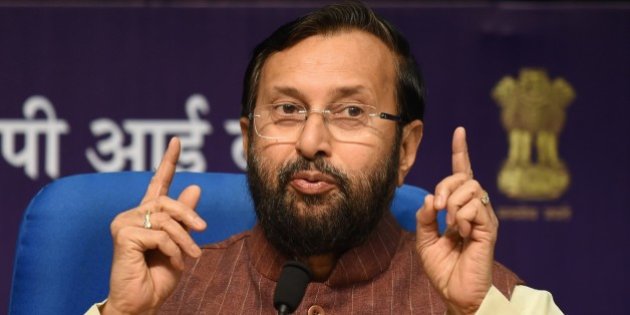 In a recent interview to HT, Union HRD minister Prakash Javadekar who is the Bharatiya Janata Party’s election in-charge for Rajasthan Assembly Elections spoke on a range of issues from resentment against the chief minister Vasundhara Raje to Congress’ position in the state.

Passing a judgment on Congress’ current status he told that the party that has lost steam and plot. He clearly blamed Rahul Gandhi for loss of the party as he does not have leadership skills. He further said that there is a tussle between Ashok Gehlot and Sachin Pilot.

Exuding Confidence in his party, he said this time there will be no change in regime and this time it will be BJP phir se (once again). Rajasthan has a trend of changing the government between BJP and Congress after every five years.

He pointed out that in 2014, BJP had only 6 states and Congress had 14. Now BJP has 19 and Congress is down to 4. The mood of the nation has changed and people are looking up to BJP again.

Commenting on ticket distribution he said, “I will not speculate on number but whatever is required will be done. We have done surveys and have complete data with us. Based on the data, the surveys and actual experience we are going to decide on tickets. There will be many surprises. Yes, I agree that cutting tickets (to sitting legislators) will help the party.We have taken feedback from the field. I am very sure people will see a very rational mix of age, experience, youth, entrepreneurship and popularity”.

Calling Manvendra Singh’s exit from the party and later joining Congress a betrayal, Javadekar said, “What Manvendra Singh did today is that he betrayed the party which gave all honours to Jaswant Singh ji and his family. He was finance, defense and external affairs minister, 5 times Rajya Sabha member and twice Lok Sabha MP. We gave him eminence. Manvendra joined his father when he rebelled against the BJP in 2014. He was BJP MLA but opposed the party candidate and we suspended him. He was suspended MLA for the last four years he was not with BJP. This will have no impact”.

He also talked about lynchings in the state and said that though its condemnable but this did not start in 2014, and it was a Congress legacy.

He also denied any infighting between the BJP in Rajasthan and said, “We are fighting together because we know that unless we win the state, we cannot win the Centre. Raje was on her campaign trail through Gaurav Yatra and Amit Shah ji was addressing the organizational cadres to motivate the booth level workers”.

He also acknowledged that losing the recent bypolls was a shock but in a way, it was a good experience that one year before “we got a little shock”.

The state is going to polls on December 7.