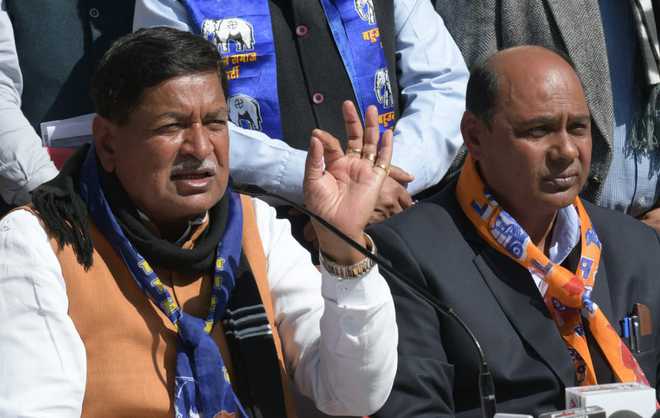 Raj Bala Saini is the in-charge of Lok Suraksha Party’s women cell. She has been associated with it since the establishment of the party.

Both BSP and LSP has forged an alliance with poll pact where the 2 seats have been offered to Loktantra Suraksha Party. While remaining 8 seats has been kept by Bahujan Samaj Party.

Earlier the party on April 2 announced its first list naming 6 Candidates. The alliance in the first list named the following candidates:

While on April 13, the alliance declared two candidates naming Shashi Saini from Kurukshetra and Janakraj Atwal from Sirsa (reserved). Both Saini and Atwal belong to BSP.

Under the poll alliance, LSP has been offered the seats of Bhiwani-Mahendergarh and Sonepat.

Bahujan Samaj Party earlier had announced to enter poll tie-up with INLD however in February, the Lucknow headquartered party has called off its alliance after BSP candidate Umed Singh Redhu faced a humiliating defeat in the Jind byelection.

The party later entered into an alliance with the LSP.

The BSP-LSP in a run-up to the mega polls will be taking on the INLD, Bharatiya Janata Party, Indian National Congress and Aam Aadmi Party who has entered into an alliance with Dushyant Chautala’s Jananayak Janata Party (JJP).