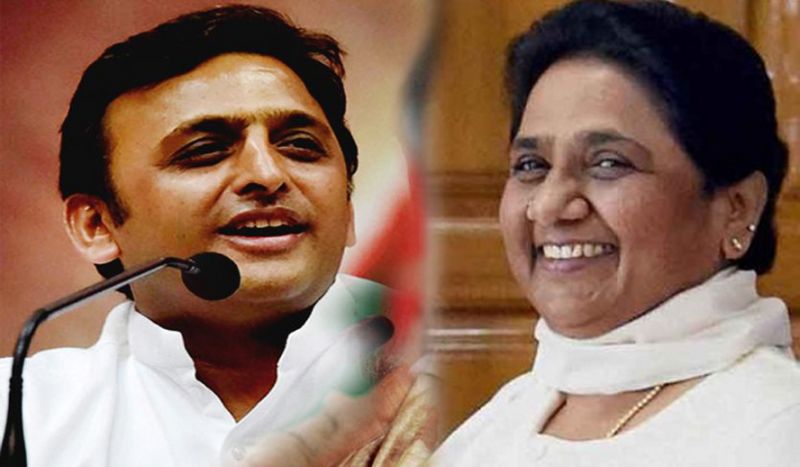 Uttar Pradesh witnessed the alliance of Bahujan Samaj Party joining hands with the Samajwadi Party for the 2019 election. While there are no pan-Indian formation of a ‘Grand Alliance’ there are strong party formation at the state front. Rajasthan and West Bengal with Congress and Trinamool Congress, respectively have declared that they would be fighting the elections against BJP. A new alliance has been added and it is that of SP and BSP.

“The two are regularly in touch and often talk over the phone. And there is no big deal if the two even meet, especially after the success of the pact in Gorakhpur and Phulpur Lok Sabha bypolls in March and the subsequent win in the Kairana Lok Sabha and Noorpur assembly bypolls with more partners. I, however, have no idea if the two met in Delhi before Akhilesh went on a vacation,” said SP state spokesperson and former Uttar Pradesh minister Rajendra Chaudhary on Wednesday.

However, the problem of such an alliance has also been speculated. Mayawati has frequently said that she would look for a “respectable” seat-sharing formula. Akhilesh, meanwhile, said he is “ready for making bigger sacrifices for the sake of the alliance”.

“Though he is not a prime ministerial contender in his own words, he wants a new prime minister who is not from a communal party after the 2019 Lok Sabha polls. Obviously, there will be challenges ahead,” stated Chaudhary.

Prime Minister, Narendra Modi responds to this alliance during his visit to Maghar, stating:

“Those who always talk of ‘samajwad’ and ‘bahujan’ are extremely selfish. They don’t see the welfare of society but only the welfare of themselves and their families. There was a government which was more keen to hold back its bungalow. Today, the minds of leaders are occupied by thoughts of materialistic things instead of understanding Kabir, and following his message of love and care,”

Chaudhary said the task before Akhilesh was big. “Though he is not a prime ministerial contender in his own words, he wants a new prime minister who is not from a communal party after the 2019 Lok Sabha polls. Obviously, there will be challenges ahead,” he said.