The Indian Wire » Politics » Lok Sabha Elections 2019: After UP, MP & Uttarakhand, BSP-SP Announce to go ‘together’ in Maharashtra 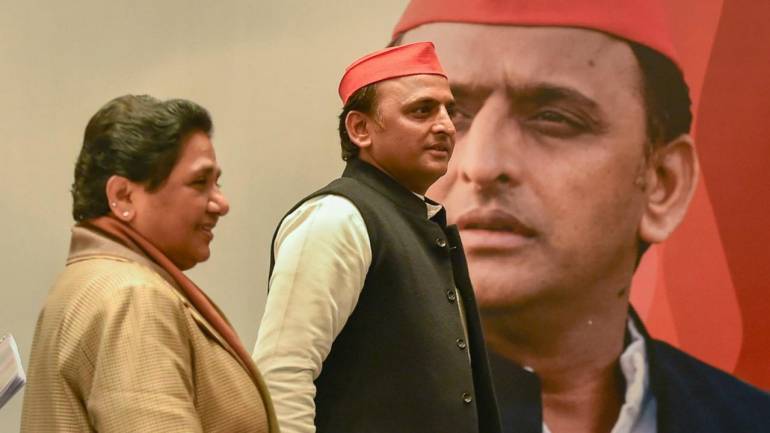 After finalizing alliance terms in three states – Uttar Pradesh, Madhya Pradesh and Uttarakhand, the Samajwadi Party (SP) and the Bahujan Samaj Party (BSP) on Tuesday take the poll pact to the fourth state by announcing to contest jointly in all 48 Lok Sabha seats in Maharashtra.

Samajwadi Party Leader Abu Asim Azmi claimed that both SP-BSP tie-up provided a third option for the People and represent about “85-90 per cent” of the society. He further claimed that the SP-BSP alliance is strong enough to stop the BJP and the saffron party will be reduced to 5-7 seats.

However, he said that seat-sharing arrangement in the state is yet to begin and the Coordination Committee has been set-up to do so. The formula would be announced in two to three days, he added.

While Bahujan Samaj Party leader Ashok Siddharth hailing the Alliance said SP-BSP will ensure these policies reach the common man. He further said that the BSP Supremo Mayawati will hold a massive Public rally in Nagpur on April 5. ‘Our Party would request SP chief Akhilesh Yadav to be a part of it’, Ashok added.

The BSP-SP alliance will take on the BJP–Shiv Sena and Congress–NCP Alliance on all 48 Lok Sabha Seats of the state, second highest after Uttar Pradesh.

The Poll Tie-up in Maharashtra is fourth alliance by both Samajwadi Party and Bahujan Samaj Party. Earlier In Uttar Pradesh, both parties have entered a pre-poll tie-up with BSP contesting on 38, SP on 37 while ally partner RLD bags 3 Seats for the General Elections 2019.

BSP has also forged an alliance with Pawan Kalyan‘s Jana Sena Party in Andhra Pradesh and Telangana. Recently, BSP Boss Mayawati Opted Out of Lok Sabha Poll race saying that she wants to gear up the poll pedal for Mahagathbandan in Uttar Pradesh.