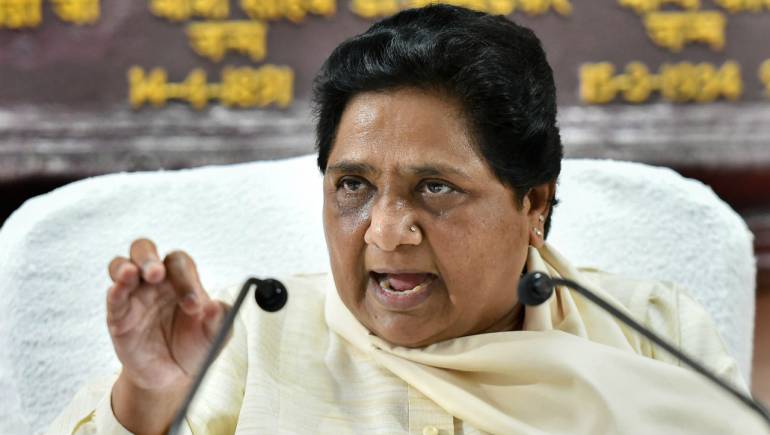 Bahujan Samaj Party chief Mayawati lashed out at the Uttar Pradesh administration on Wednesday for its notification to sack the 25,000 home guards of the police department in the state.

In a tweeted message, she said, “Why is the UP government punishing its wrong economic policies by dismissing 25 thousand home guards and giving millions to their family members? Due to this, there will be more chaos in the state. Why is the government increasing unemployment more than giving employment? It is better if the government pays proper attention to the public interest.”

She further said that the decision if implemeted will only increase anarchy in the state.

Previously on Tuesday, news regarding the sacking of a large number of police officials was found to be circulating. It was reported that the Police headquarters in Prayagraj issued an order that 25,000 home guards will be relieved from their duties.

However, clearing the air on the matter, Home Guard Minister Chetan Chauhan said that no such official letter had been received from the Home Department in this regard.  He said that the police department is facing some budget restrictions, due to which duty times will lessen down. As quoted by ANI, he said, “We have not received any official letter from the Home Department. I assure you that no one will be removed from their jobs. No formal decision has been taken. Due to budget constraints, the days of duty will be reduced to 20-22 from 30 days.”

It is expected that Chetan Chauhan will convene a meeting with Chief Minister Yogi Adityanath on the matter.