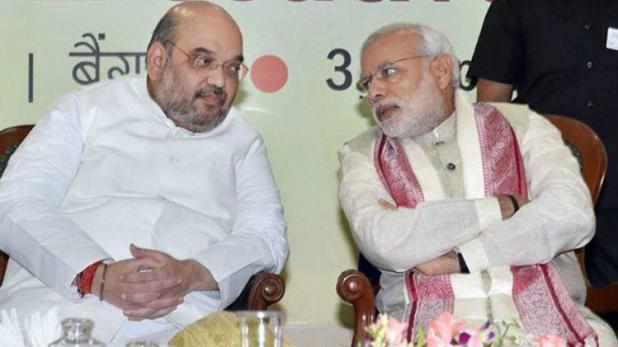 Prime Minister Narendra Modi can make significant changes in his Cabinet within the next day or two. Serious discussions are ongoing regarding the reshuffle in the cabinet at the governmental and organisational level.

In this regards, at least 8 Union Ministers have visited the house of BJP President Amit Shah to have any chance of getting higher posts during the reshuffle. Finance Minister Arun Jaitley was also one of them, who is currently also serving as the Defence Minister after Manohar Parrikar’s appointment as the Chief Minister of Goa.

Arun Jaitley on Thursday said that he is not expected to hold both the offices of the finance and defense ministries for a very long time. In response to a question asked about the tenure of Defense Minister, Jaitley said, “At least I hope that I will no longer be the Defense Minister for a long time, anyway, I do not have to decide about it, so I am not worried.”

According to the sources, the much-awaited reshuffle in Modi cabinet is likely to take place between 1st or 2nd Sept. As by then President Ram Nath Kovind will be back from his Foreign trip and Modi will be leaving to attend the BRICS conference on 3rd Sept, therefore the only available dates could be 1st or 2nd.

Prime Minister Narendra Modi and BJP Party President Amit Shah is likely to choose the ministers for important posts very carefully with much-calculated result oriented leaders to get higher posts. With only two years left before the next Lok Sabha polls, the BJP leaders want to ensure maximum results. Modi and Shah can play bets on ministers who give good results so that more work can be done in the remaining two years of the government. According to sources, transport minister Nitin Gadkari can be given a big role.

AIADMK can be a part of the BJP-led NDA and it can be offered three seats, including a cabinet minister in the Union Cabinet. However, with the recent developments in Tamil Nadu, the decision may only be taken after the floor test demanded by the opposition parties a few rebel AIADMK legislators declaring no confidence in the incumbent Chief Minister.

After JD(U) formally now a member of NDA also, the party is likely to get two seats in the cabinet. Since these two ministers will be from Bihar, the other ministers of this state can be shown the way out.

Some senior ministers of NDA can be sent as governors. According to sources, at present, six posts of the Governor are vacant, which can be forwarded to the aging ministers to fill up.

Last month after M Venkaiah Naidu was elected as the Vice-President he resigned from the post of the Union Minister and now the post needs the appointment of a senior leader. While Rural development Minister Narendra Singh Tomar is also holding the office of Naidu’s Ministry of Urban Development and Housing and Poverty Alleviation and Textile Minister Smriti Irani is also holding the post of the Information and Broadcasting Minister.

Apart from Tomar and Irani, Finance minister Arun Jaitley and science and technology minister Harsh Vardhan are also in charge of additional departments. Jaitley was made Defense Minister after Manohar Parrikar returned to Goa and Harsha Vardhana was given the Environment Ministry after the demise of Anil Madhav Dave.

The cabinets in Karnataka is also likely to be increased as the state will soon be poll bounded.

This is the third Cabinet reshuffle of Modi government’s tenure. There has been constant discussions and arguments between PM Narendra Modi, Amit Shah and RSS regarding the reshuffle.