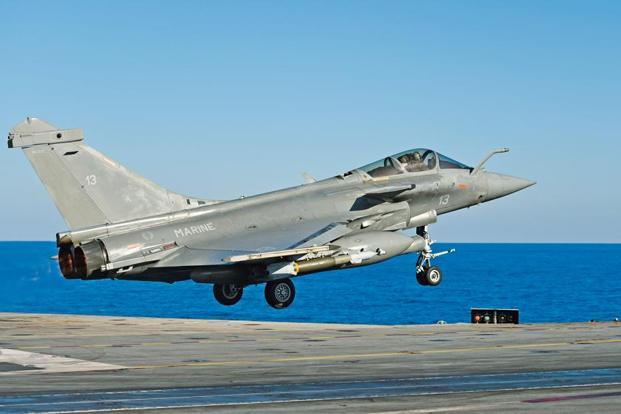 The Comptroller and Auditor General (CAG) while replying to an RTI query has refused to disclose details about its audit in the controversial Rafale aircraft deal, citing that the process is not yet complete and it is ‘ In Progress’ and any disclosure at this stage will amount to a breach of the Parliament’s privilege.

While replying to an RTI query of Pune-based activist Vihar Durve, The CAG said “The audit is under progress and the report is yet to be finalized. The information cannot be given under Section 8(1)(C) of the RTI Act as the disclosure would cause breach of Parliament”. The RTI activist in its RTI application had sought the report from CAG, the audit report of Rafale Deal.

Section 8(1)(C) of the Right To Information (RTI) Act exempts information the disclosure of which would cause a breach of privilege of Parliament or the State Legislature.

Last month, The Apex Court on December 14 rejected the Petition filed seeking a court-monitored CBI-led investigation into the Rafale deal involving Rs. 59,000 crores for the purchase of 36 Rafale fighter jets. A Supreme Court bench led by Chief Justice Ranjan Gogoi ruled, “We are satisfied that there is no reason to doubt the process is followed and the need of aircraft is not in doubt.”

“The pricing details have, however, been shared with the Comptroller and Auditor General (CAG), and the report of the CAG has been examined by the Public Accounts Committee (PAC). Only a redacted portion of the report was placed before the Parliament and is in public domain,” the bench led by Chief Justice of India Ranjan Gogoi had said, relying on the sealed note submitted by the government.

Later Centre moved to Supreme Court with an application asking there was a factual error in the ‘December 14’ Supreme Court. The Centre made it clear that it did not say that the CAG report was examined by PAC. It clarified that the note had said the government “has already shared” the price details with the CAG, which was written in past tense and “is factually correct”.

Two petitions were also filed later one by – Prashant Bhushan, Arun Shourie, and Yashwant Sinha asking the Top Court to review its judgment. Other Petition sought to review the December 14 Verdict was filed by AAP Leader Sanjay Singh on Monday, January 14. AAP Leader in his Petition demanded the identification of the individual who misled the top Court.

SC pulls up Meghalaya govt for failing to curb illegal mining, ‘No More Time’ for transportation
Embarking on the mission to forge Front without BJP-Congress: TRS to hold talks with YSR Congress
Comment