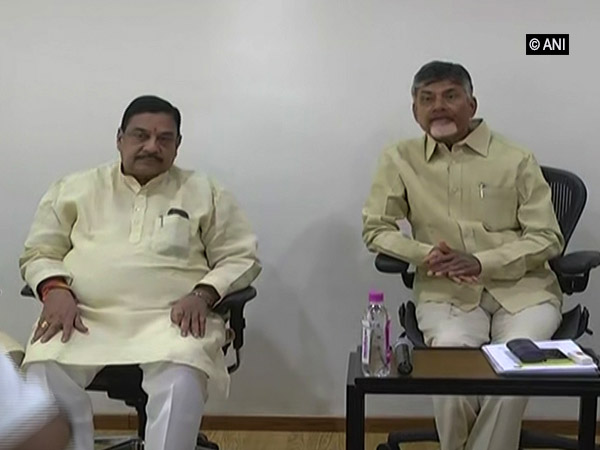 All the new elected MPs, MLAs were present in the meeting. TDP Chief N Chandrababu Naidu had on May 23 resigned from the Chief Minister post after Jagan Mohan Reddy-led YSRCP stormed to power with a landslide victory.

TDP has now 23 MLAs in the state Assembly and have 3 MPs in the Lok Sabha.

Jagan Mohan Reddy had on Saturday walk in to meet Governor ESL Narasimhan and stake claim to form government in the State.

Jagan Mohan Reddy’s YSRCP in recently held polls registered a landslide victory in both assembly and national polls in the state. YRSCP won 151 assembly seats out of the 175 assembly seat in the state and unseat Chandrababu Naidu-led TDP Government. The 14th Andhra Pradesh Assembly was dissolved on Saturday after State Governor ESL Nirsimhanan issued a notification in this regard.

Biplab Kumar Deb: Tradition of violence will not be allowed in BJP-ruled Tripura
Galla Jayadev to be TDP parliamentary party leader
Comment