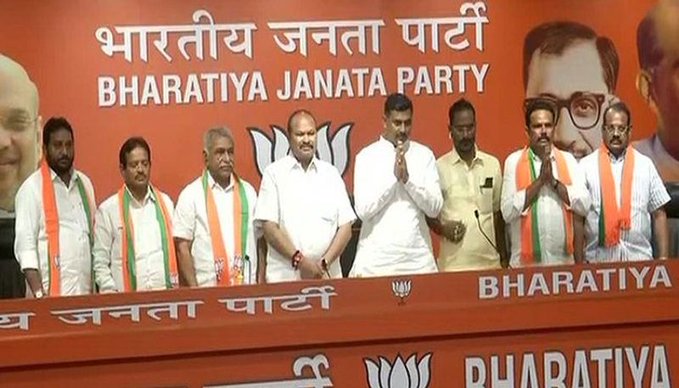 Speaking to media after joining the ruling Bharatiya Janata Party (BJP) said that the progressive work and the national spirit of the party have attracted and influenced him to join the party.

He added that Prime Minister Narendra Modi is leading the nation with a good and a clean image. ‘We also want a contribution from down South in the country’s development’. Responding to a question whether he was being offered any post to turncoat, Reddy claimed, ‘I don’t aspire for any post’.

He is the former Rajya Sabha MP and was in the office from the year 1992 to 1998. Being a parliamentarian, he was a part of many committees including communication, Transport and Tourism.

Till now over 10 leaders, including Rajya Sabha MPs, MLC, Spokesperson and other leaders, from Chandrababu Naidu’s team jumped ship to join Bharatiya Janata Party. The development came on the backdrop when the party is facing a crisis after facing a crushing defeat in the national and state elections.