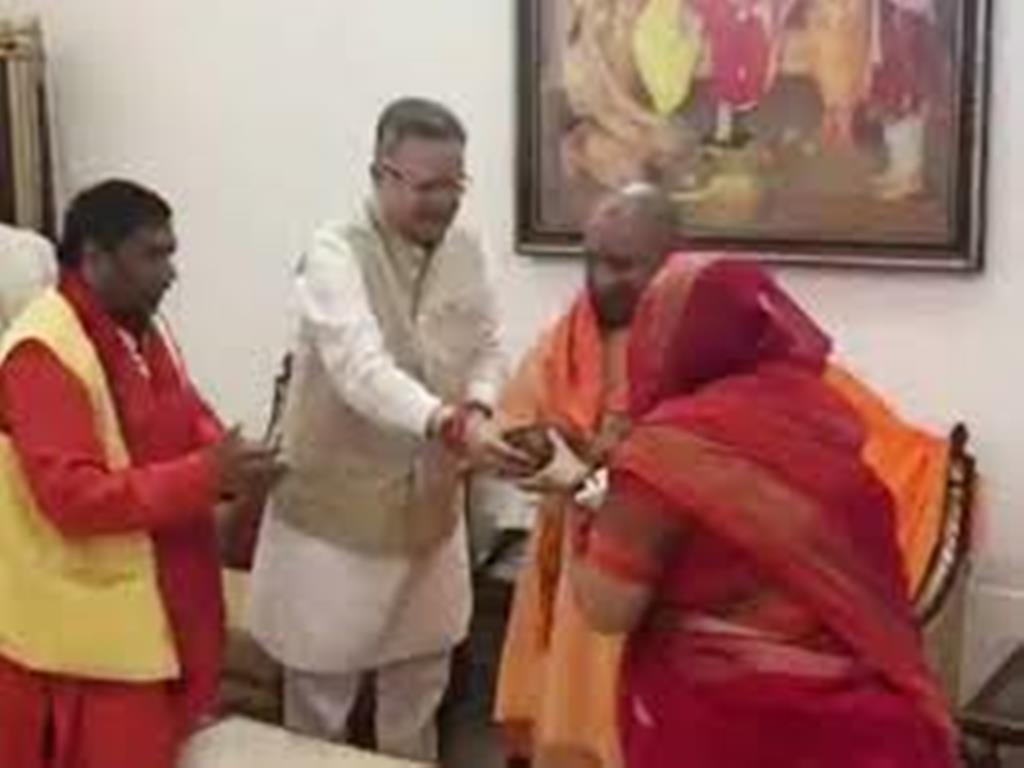 Chief Minister of Chattisgarh, Raman Singh, who is in power in the state since three consecutive terms, filed his nomination papers from Rajnandgaon constituency on Tuesday.

Singh was accompanied by his wife Veena Singh, UP Chief Minister Yogi Adityanath, Chattisgarh party in-charge Anil Jain and several other leaders and party workers when he reached collectorate to file his nomination. CM’s son Abhishek Singh who is also the MP from Rajnandgaon Lok Sabha seat was also present there. Singh also touched the feet of Adityanath and took his blessings.

Raman Singh has been an MLA from Rajanandgaon constituency for consecutive two times. This is his time filing nomination from the same constituency. In 2004, he was an MLA from Dongargaon assembly constituency in Rajnandgaon district.

Singh told reporters, “I have full faith on the strength of party workers and booth-level workers. The BJP has dedicated this election to Atal ji and each party worker has vowed to form the government for the fourth consecutive term with a thumping majority in the state”.

While BJP is using former AB Vajpayee’s death as a tool to garner votes, Congress has fielded Karuna Shukla, late Vajpayee’s niece against Singh from Rajnandgaon.

Singh was asked to comment on Shukla contesting against him, to which he replied, “They (Congress) did not get any local candidate”.  Tuesday was the last day of filing of nominations for the first phase of state assembly polls to be held on November 12.

Other candidates from BJP, Congress and regional parties also filed their nominations for the 18 seats spread across eight Naxal-affected districts of Bastar, Bijapur, Dantewada, Sukma, Kondagaon, Kanker, Narayanpur and Rajnandgaon, which will go to polls in the first phase.

Chhattisgarh has 90-member Assembly and the polls are being held in two phases i.e. on November 12 and 20. The votes will be counted on December 11.