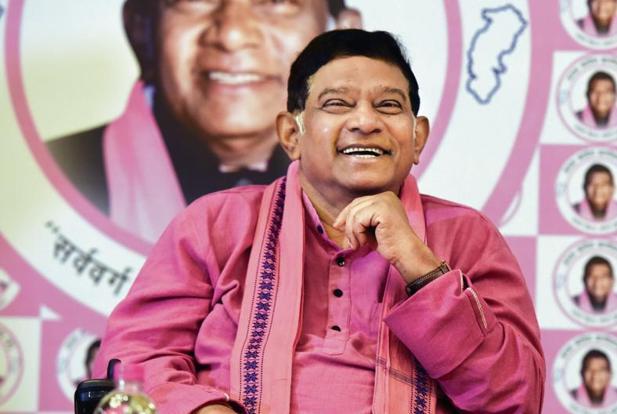 Chhattisgarh Janata Congress (CJC) Chief Ajit Jogi will not be contesting upcoming assembly elections, informed his son Amit Jogi on Friday. He said that his father won’t be too busy in campaigning for alliance partners he will not be able to focus on his constituency.

Talking to ANI Amit Jogi said, “Being a star campaigner, the alliance between Janta Congress Chhattisgarh, BSP & CPI would’ve made him to visit 90 constituencies making it difficult to concentrate on his own”.

JCC (J) general secretary Abdul Hamid Hayat also said that Jogi would not contest the poll himself. Senior leaders of JCC (J), BSP and CPI held a discussion Friday and decided that Jogi will need to concentrate on campaigning across the 90 Assembly seats, especially the 12 seats in Bastar division which will go to the poll in the first phase on November 12, Hayat said.

The CJC has also announced recently that they would be allying with CPI, owing to which two seats from the BSP’s share has gone to CPI. Earlier,according to the pre-poll alliance between BSP and JCC was that BSP was going to contest 35 seats while Jogi’s Chhattisgarh Janata Congress was to contest the remaining 55 seats in the 90-member Assembly.

Jogi is the chief ministerial candidate of the “grand alliance” between his Janata Congress Chhattisgarh (J) and the BSP and Communist Party of India (CPI). He had earlier announced that he would stand against CM Raman Singh from Rajanandgaon.

Ajit Jogi is considered leader of the tribals and has a strong influence over them. He was recently caught in a controversy after he announced to ban liquor if he wins the election but would continue to permit tribals to consume it as it was part of their culture.

The Chhattisgarh Assembly polls will be held in two phases — on November 12 and 20 — and the counting of votes will be taken up on December 11.