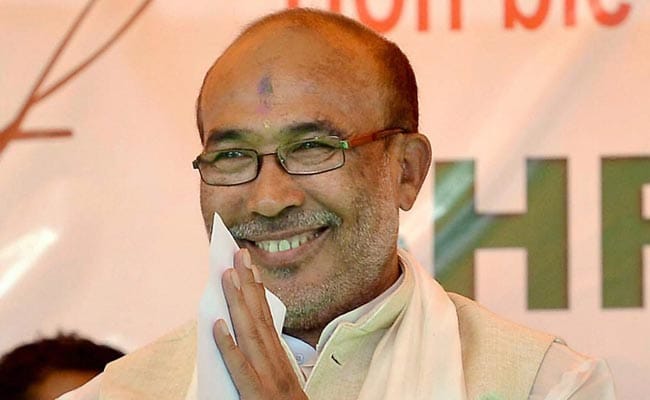 Manipur Chief Minister N Biren Singh has called a meeting of all political parties in the state on January 29 to discuss the Citizenship Amendment Bill amidst protests against the Bill continue in the state. People across the state taking out processions and holding sit-ins in various districts demanding that the Bill be withdrawn. Manipur People’s Party (MPP), many students’ organisations and civil society players in the state are against the Citizenship Amendment Bill.

The chief minister’s media advisor, Irengbam Arun on Thursday said the Chief Minister has called the meeting at his official residence here on January 29 morning to discuss the Bill.

The Bhartiya Janta Party is heading a coalition government in the state with the National People’s Party, Naga People’s Front and the Lok Janshakti Party.

Manipur People Party’s President O Jugindro had earlier said his party would oppose the Bill. He said the Bill, if passed in the Rajya Sabha, would reduce the population of indigenous people of the northeastern states, including Manipur, to “microscopic minority”.

The Chief Minister N Biren Singh has earlier said the Bill will have no effect on the state. Allies trouble for BJP continues: AGP walks out of coalition govt in Assam over Citizenship Bill

The Manipur Cabinet in its January 10 meeting chaired by the chief minister had urged the Centre to exempt the state from the jurisdiction of the Citizenship (Amendment) Bill.

The state cabinet in the same meeting also decided to urge the Centre and authorities concerned to give assent to the Manipur Peoples’ (Protection) Bill, 2018 passed by the state assembly.

Lok Sabha on January 8 passed the controversial Citizenship Amendment Bill that seeks to provide citizenship to non-muslim migrants from Bangladesh, Pakistan, and Afghanistan. The  Bill will amend the Citizenship Act, 1955, to grant Indian nationality to people belonging to non-muslim minority communities  — Hindus, Sikhs, Buddhists, Jains, Parsis and Christians — in Afghanistan, Bangladesh and Pakistan after six years of residence in India instead of 12, even if they don’t possess any proper document.

-With Inputs from agencies