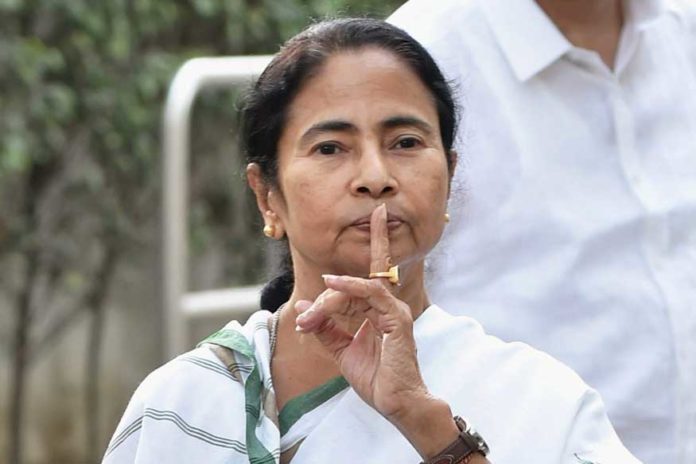 West Bengal Chief Minister and Trinamool Congress (TMC) Mamata Banerjee on Friday declared rural part of the state as open defecation free (ODF). In a Facebook post, She added that her government’s next focus would be solid waste management.

“I am happy to share with all of you that rural Bengal is now open defecation free. Govt of India has confirmed our achievement which was our mission towards a cleaner and greener environment and safe living’, she said in a Facebook post

‘1.35 crore households have been covered under this Mission Nirmal Bangla programme. Our next focus would be solid waste management. My best wishes to all’, she added. 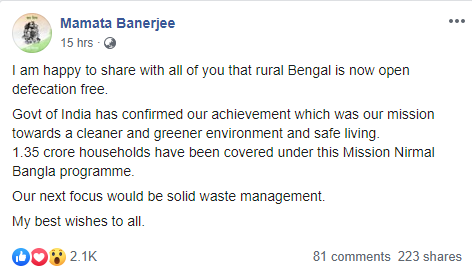 While Goa Chief Minister Pramod Sawant had, this week, declared that Goa will be made Open Defecation Free by August end.

The government is making best efforts to make Goa ODF by August 31,” Sawant told the state legislative assembly as quoted by IANS.