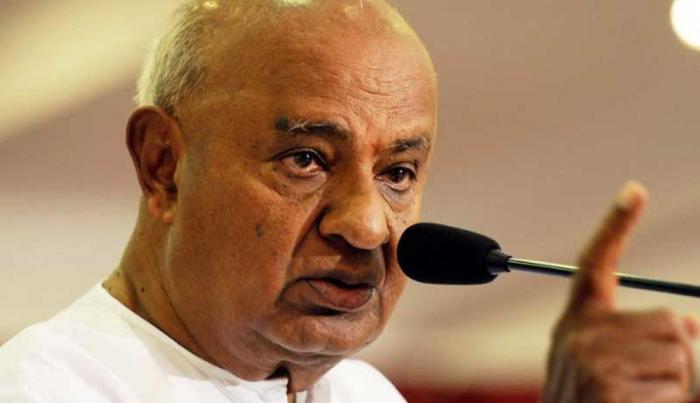 HD Kumaraswamy’s swearing in ceremony had the news of almost 6 non-BJP parties attending the event. However, this doesn’t mean that they will be contesting the 2019 polls together as it was suggested by HD Deve Gowda.

Previously, the political rivalry between former chief minister Siddaramaiah and his successor H.D. Kumaraswamy had created hurdles in the new-found political bond between the Congress and Janata Dal (Secular) or JD (S). Recently, the leaders of different parties attending the ceremony was questioned.

“It is not necessary that the parties—which are attended the swearing-in ceremony of Kumaraswamy as Karnataka CM—will fight together in all states,” Gowda told media persons in New Delhi.

Prominent and top leaders of the TMV, AAP, CPI(M) and BSP had attended the ceremony in Bangalore. Gowda, preferred the formation of a third front. He said that, there were clear “signals” from PM Modi and the ruling party to their cadres in states to be ready for Lok Sabha polls as early as in November-December.

Addressing the recent rumoured alliance of BSP- SP in Uttar Pradesh he stated, “ “In Karnataka, we will fight with the Congress despite having small issues with them,”

The seat-sharing for 2019 Lok Sabha polls has not yet been decided though there are rumours that Congress will fight from 18 seats and the JD(S) will get the rest 10 in Karnataka.

Gowda also said his party was willing to give away one Parliamentary seat in Karnataka to its ally BSP. “In return, I will ask BSP to give one seat in Uttar Pradesh to Danish Ali (who is JD-S Secretary General). In Kerala, LDF will give one seat to us,” he added.

In coming months leaders of the Opposition are expected to meet to discuss regional alliances to defeat BJP in the 2019 Lok Sabha elections.