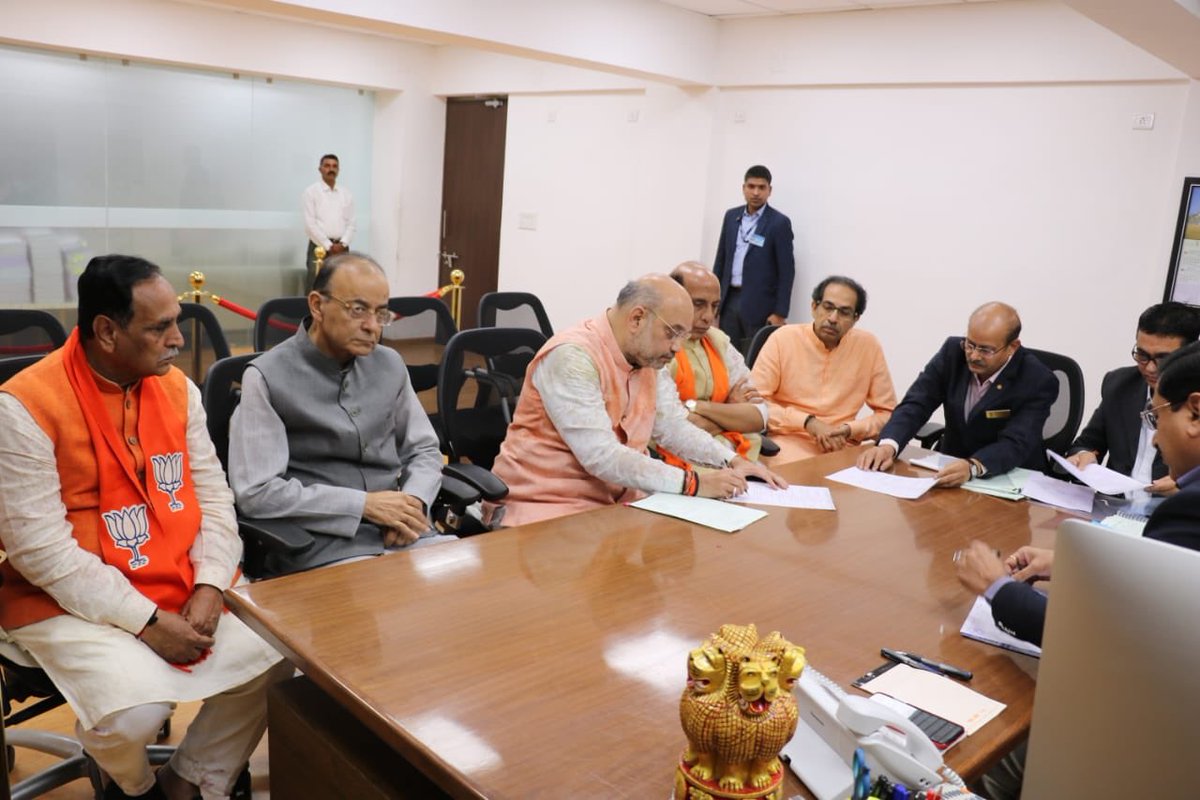 The Congress alleged Amit Shah of concealing facts while he was filing the nomination for the Gandhinagar seat, Gujarat, in the upcoming general elections. The Congress on Friday, moved to the Election Commission alleging that Amit Shah has kept the information confidential in the affidavit for the nomination and the actions were “deliberate and not inadvertent,”. Thus EC should assure that he is disqualified from contesting the upcoming Lok Sabha Polls.

Congress leaders have filed a complaint against Amit Shah’s income declaration. The party has mentioned the two exclusions in the affidavit, that says, the first exclusion includes the plot in Gandhinagar and the second one is in regard to the loan taken by his son from a commercial bank in which he is the guarantor.

According to the reports, Congress leaders claim that Amit Shah has deliberately “Undervalued the property which as per the government guidelines is valued at least ₹66.5 lakh but BJP President has mentioned its value as ₹25 lakh”. The Congress also alleged that before filing the nomination for Gandhinagar, Amit Shah has already mortgaged two of his properties to Kalupur Commercial Cooperative bank for his son Jay’s Shah business venture Kusum Finserve.

The Congress has asked the Election Commission to interrogate into the matter and disqualify the nomination pertaining to a false affidavit. ”

“The properties were mortgaged in lieu of a large and substantial loan of ₹25 crore given by a commercial bank to his son Jay Shah’s company. It is, therefore, a fact that the properties are mortgaged to Kalupur Commercial Cooperative Bank and hence the loan constitutes a liability that should have been included in the affidavit,” the complaint filed by the Congress said.

The Congress in its complaint asked The Election Commission of India to take immediate action on their complaint and initiate appropriate proceedings to disqualify Amit Shah from contesting the upcoming elections and charge legal proceedings against him for filing a false affidavit.

The Lok Sabha Elections for 2019 will be held in seven phases from April 11 to May 19 across the country. The results for the polls will be announced on May 23.