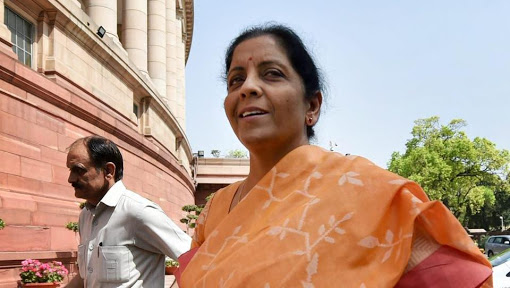 Congress party has decided to bring a privilege motion against Defence Minister Nirmala Sitharaman for ‘misleading’ the Lok Sabha during no-confidence motion on Friday.

Congress said that the Defence Minister misinformed the Lok Sabha saying that the value of the jets purchased in the Rafale deal cannot be revealed. Former Defence Minister A. K. Antony backed his party and said, “There is nothing in the defence agreement that doesn’t allow the government to reveal the price.” He also said that the value has to be revealed to the CAG (Comptroller and Auditor General) and the Public Accounts Committee.

Congress President Rahul Gandhi on Friday accused Sitharaman of lying to the country by not disclosing the price of the jets in the name of ‘secrecy clause’ in the Rafale deal. He claimed that the French President Emmanuel Macron told him there was no secrecy clause. The deal took place when Congress was in power in 2008.

However, Sitharaman hit back and refuted Gandhi’s claims stating that the clause was signed by the then Defence Minister Antony and the secrecy clause forbids the government to reveal the value of purchased jets.

France also issued a statement saying that the operational capabilities of the defence equipment cannot be shared as they are bounded by a secrecy clause but the statement did not mention anything explicit regarding pricing.

Anand Sharma, Member of Parliament in Rajya Sabha and Congress leader confirming about the privilege motion said, “Since this happened in the Lok Sabha, appropriate action regarding privilege will be taken by members of the House.”

Sharma also remarked, “French govt’s statement clarifies that price was not a part of the secrecy clause. French govt mandates that the price should be revealed. The price disclosed by Defence Minister before gives an approximate figure of ₹670Cr, which doesn’t add up. Prime Minister Modi now backtracking on the issue now claiming secrecy clause only proves there is a scam.”

The party has yet not decided whether the privilege motion will be moved against Prime Minister Modi as well.