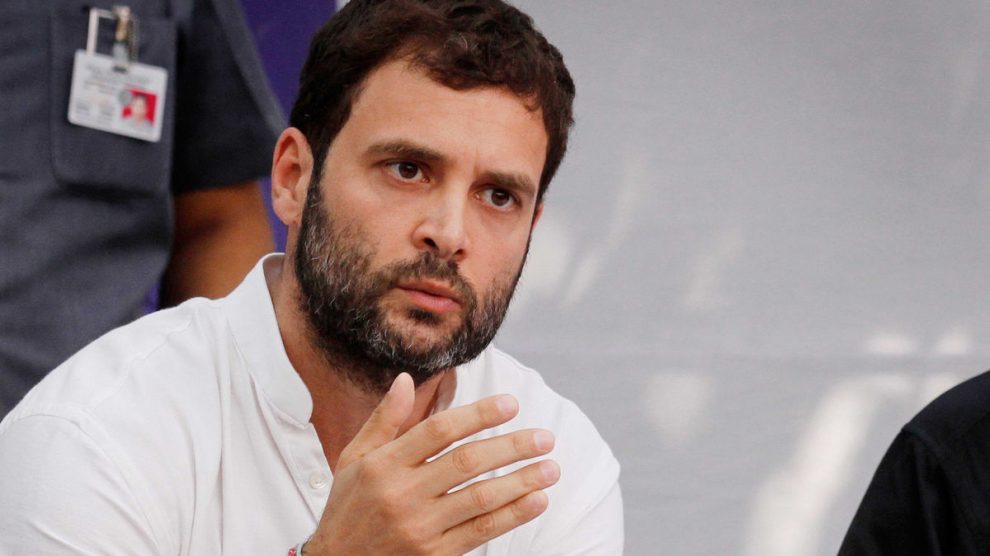 Congress Vice President Rahul Gandhi will head a high level meeting today to lay down the plan for the demonetization protest that the opposition is planning to observe on the 8th of November.

Prime Minister Narendra Modi at the struck of midnight on 8 Nov 2016, had announced that the old currency notes of Rs 500 and 1000 will no more be accepted as the Indian currency. This announcement of the Prime Minister totally shook the Indians overnight and led to hundreds of them losing their lives and jobs. It took almost 3-4 months for the circulation of the new note of Rs 500 and Rs 2000 to come to normalcy.

The Prime Minister had cited that this decision was taken to bring back the black money and to totally eradicate the illegal fundings to the terrorist groups.

The Congress party along with a few other parties have decided to observe 8 Nov as the black day, in protest against the demonetization. Rahul Gandhi will today chair a meeting, attended by All India Congress Committee (AICC) general secretaries and state in-charges, to plan the strategy for the nationwide protest on 8 Nov.

A senior Congress leader in his statement to the press said that the MMD i.e. ‘Modi made Disaster’ will be the basic theme of the protest and also informed that other opposition parties are also planning to join the protest across the country. “We will protest from block level to national level on all platforms – streets to social media- on the first anniversary of DeMo on November 8,” he said.

Rahul Gandhi who is recently actively participating in rallies and meetings, in the past few months did not leave any opportunity to attack Narendra Modi over his failure in the experiments of Demonetization and implementation of GST. Rahul attacking the Finance Minister Arun Jaitley had tweeted that “Dr. Jaitley, the economy is in the ICU because of note ban and GST”.

“All cash is not black and all black is not cash. Without understanding this basic concept, the government unleashed terror over the citizens of India. Millions lost their jobs and livelihood. To do that, you need someone with a very big chest but a small heart,”Rahul had recently said while addressing the audience at the 112th annual session of PhD Chambers, on Thursday. He had said that Narendra Modi had killed the Indian economy through a double tap of demonetization and a badly conceived GST.

He further added that they will also pay tribute to the martyrs (balidaaniyo) of demonetization.

Rashtriya Janta Dal supremo Lalu Prasad Yadav has also extended his participation in a protest against Modi and his disaster of demonetization. He said that his party will hold rallies across Bihar to highlight the failures of the note ban. In his statement to the press, he said that “At our 8 November rallies we will ask the BJP what the common people gained by the arbitrary step of invalidating Rs 500 and Rs 1,000 currency notes.”

West Bengal Chief Minister and Trinamool Congress Chief Mamata Banerjee has also asked her party members to observe 8 Nov as the black day across the state.