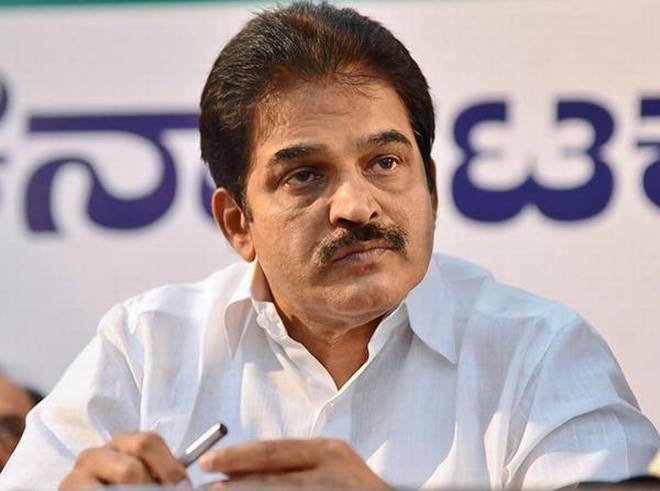 New Delhi/Bengaluru, July 2 (IANS) Unfazed by the resignation of its two legislators, Congress leaders on Tuesday claimed that there was no threat to its year-old coalition government in Karnataka.

“Our government in Karnataka will complete its five-year term, though the BJP has been trying to topple it since day one,” Congress general secretary K.C. Venugopal said in New Delhi.

Venugopal, who is in-charge of the party’s state unit affairs, however, said stern action would be taken against rebels if they indulge in anti-party activities and try to weaken the coalition government.

Venugopal’s assertion on the continuity of the Janata Dal-Secular (JD-S)-Congress government came a day after party lawmakers Anand Singh and Ramesh Jarkiholi submitted their resignations from their respective assembly segments in the state to Assembly Speaker K.R. Ramesh Kumar on Monday.

“The party members should not violate the party discipline by going public against their leaders or comment on the functioning of the government. They can express their concerns or grievances in the party forum but not in the media,” said Venugopal after discussing the fresh crisis in the party with senior party leader Mallikarjun Kharge from Karnataka in the national capital.

Venugopal also claimed that Singh and Jarkiholi would withdraw their resignations and remain with the party.

“I spoke to both of them on phone. They assured me they would remain in the party if their demands were met, The party’s state leaders and the chief minister (H.D. Kumaraswamy) will discuss their issues with them,” added Venugopal.

“None of our legislators will quit the party or resign from their assembly seat. The government is 100 per cent safe,” Siddaramaiah told reporters in Bengaluru earlier in the day.

Accusing Prime Minister Narendra Modi and Union Home Minister Amit Shah of being involved in toppling the coalition government in the state, Siddaramaiah said the opposition party (BJP) would not succeed in its attempt as in the past.

“The BJP’s central and state leaders have been trying to oust our government by luring our legislators with money and power since May 2018. They won’t succeed even this time,” said Siddaramaiah.

Party’s senior leader and state Water Resources Minister D.K. Shivakumar said there was no cause to panic over the survival of the government, as the BJP dare not poach the party’s rebels to reduce the combined majority of the ruling allies.

“As no legislator of any party is ready to face mid-term polls a year after the May 2018 assembly elections, our government will continue and complete its term. The party will address the concerns of the rebels if they bring to our notice,” Shivakumar told reporters.

Deputy Chief Minister G. Parameshwara, who belongs to the Congress, also claimed that the coalition government would survive as it had a majority in the assembly.