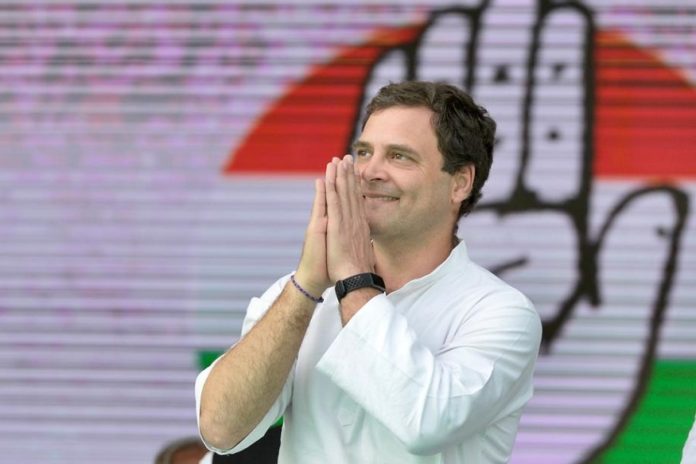 Congress leader Rahul Gandhi skipped the meeting of party’s Central Election Committee on Tuesday. The meeting held at Sonia Gandhi‘s house was called to finalize the candidates for the upcoming Haryana polls.

On Tuesday, Rahul Gandhi had met Kerala Chief Minister Pinarayi Vijayan to discuss various issues regarding the post-flood relief and rehabilitation measures in the state. He also discussed the issue of night ban on the forest stretch of NH-766. Speaking to the reporters, he said: “We discussed issues of flood relief & rehabilitation efforts & the issue of night traffic ban on the forest stretch of NH-766, along with other general issues.”

It has been reported that Rahul Gandhi had also skipped the previous two meetings of the Central Election Committee which was slated to discuss the candidates for the Maharashtra elections. Even after being in the list of Star-campaigner for the party, Rahul Gandhi is not seen campaigning in any of the poll-bound states.

According to the sources, Wayanad MP Rahul Gandhi wants the leaders in charge to handle the party affairs. He does not want to get indulge in the blame-game of running the party from far away.

In the meanwhile, Congress party has released the list of candidates for Maharashtra polls.