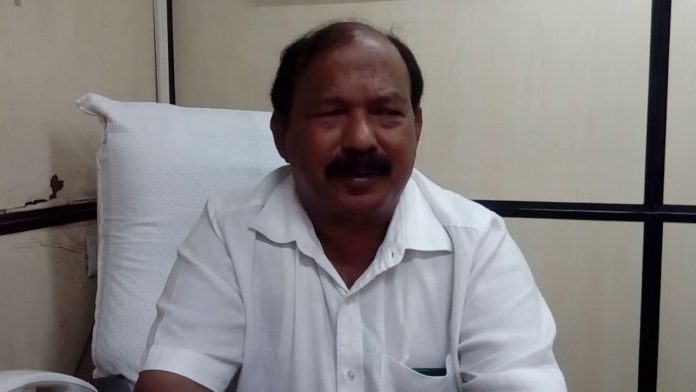 While Narendra Modi addressed his rally in Maharashtra in the presence of the chief minister Devendra Fadnavis and Shiv Sena chief Uddhav Thackeray, Maharashtra Congress MLA Kalidasa Kolambkar was spotted in the ruling party’s rally.

MLA Kalidas Kolambkar on Friday attended a rally by National Democratic Alliance (NDA) and claimed that he has lost his support to Congress and will work for those who work for his constituency.

Previously Kalidas removed the Congress signboard outside his office and replaced it with the portrait of the chief minister Devendra Fadnavis.

He also claimed that the Bharatiya Janata Party (BJP) has fulfilled two of his demands. He said that Devendra Fadnavis completed the works that he mentioned to him.

Kalidas Kolambkar was with Shiv Sena before he joined Congress.

Kalidas Nilkanth Kolambkar is a seven-term Member of the Maharashtra Legislative assembly. He was elected from the Wadala assembly constituency in Mumbai, Maharashtra.

Maharashtra will go to polls for its 17 Lok Sabha seats in the fourth phase of the Lok Sabha elections on April 29. The counting of the votes and