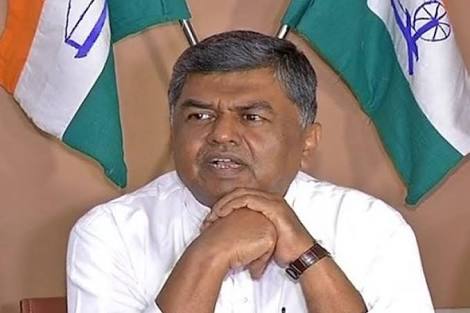 On Wednesday, Congress announced its own candidate for the Deputy Chairman post in Rajya Sabha. Karnataka Congress MP BK Hariprasad is Congress’ nominee for the post, reported NDTV.

On Tuesday the speculation was that the opposition parties nominee will be NCP MP Vandana Chavan. But a consensus could not be reached among the opposition on her name, reported FirstPost.

After the second round of meeting among the opposition parties, Chavan’s name was proposed as the face of the opposition by Bahujan Samaj Party lawmaker Satish Chandra Mishra and supported by TMC MP Derek O’Brien. Congress also backed her name for the Deputy Chairperson post.

However, on Wednesday Congress changed its decision, and nominated Karnataka MP Hariprasad. “The party (Congress) must have taken this decision after a lot of thinking. We will talk to all the opposition leaders and discuss what is to be done,” told Hariprasad to the media.

NCP backed out after Odisha CM Naveen Patnaik indicated that his party will not support Chavan’s candidacy. The NCP said that it needed the support of Shiv Sena and Patnaik’s BJD, NDTV reported.

NDA has nominated JD(U)’s Harivansh Narayan Singh for the Deputy Chairperson post. According to PTI, Bihar CM reached out to TRS chief Chandrashekar Rao and BJD president Naveen Patnaik to ask for their support.

The current strength of the Rajya Sabha is 244 and if all members are present, then the majority required is 123.