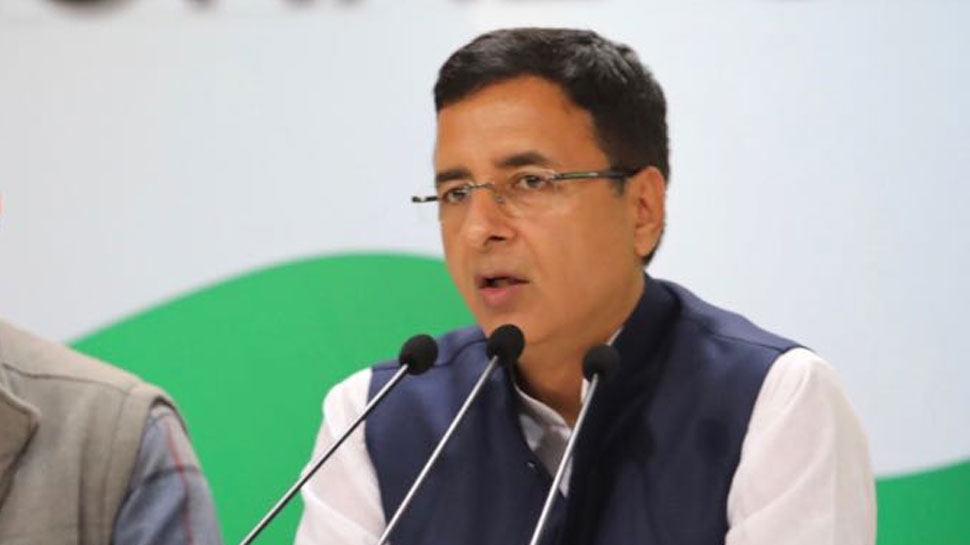 Speaking on the recently imposed President’s rule, Congress spokesperson Randeep Singh Surjewala expressed the party’s disappointment with the governor’s move. He said that Bhagat Singh Koshyari had committed “a grave travesty of the democracy“.

Union Cabinet cleared the proposal of governor BS Koshyari to impose the President’s rule as per Article 356 of the Constitution in Maharashtra on Tuesday evening. President Ram Nath Kovind has also given his nod.

Randeep Singh Surjewala further termed the imposition as “a mockery of the constitutional process“.

Governor Koshiyari has committed a grave travesty of the democracy & made a mockery of the Constitutional process in reccomending President’s Rule in Maharashtra.

Four grave violations of the Constitutional Scheme, as expressed in SR Bommai judgment, stand out.
1/3 pic.twitter.com/Ixp0pKF9du

2/3
In absence of any single party having majority In Maharashtra, Gov should have called;

Randeep Singh Surjewala also asked as to why an opportunity was not given to Congress to stake claim to form the government if the governor had called individual parties.

3/3
3. In case Gov called individual parties, why did he not call INC?

4. Why the completely arbitrary allotment of time? 48 hours to BJP, 24 hrs to Sena & not even 24 hours to NCP, before the Presidents Rule

Ever since the saffron party had announced its inability to form the government, the state has been suffering from political instability. Previously, Shiv Sena was invited by the governor to prove their majority but it was to unable to present the required numbers.

Following this, BS Koshyari had given time to NCP till 8.30 pm on Tuesday to form the government. As per the reports, NCP is in touch with the Congress party.

The NDA alliance ‘Mayayuti’ had received a clear majority in Maharashtra as BJP won 105 while Shiv Sena bagged 56 seats in the 288-member Maharashtra Assembly. But both the parties started witnessing a strained relation over the post of Chief Minister.

Shiv Sena is demanding the execution of 50:50 formula, as per which the CM post is to be decided for 2.5 years between both the parties on a rotational basis. However, the saffron party has insisted on retaining Devendra Fandavis as the Chief Minister only.