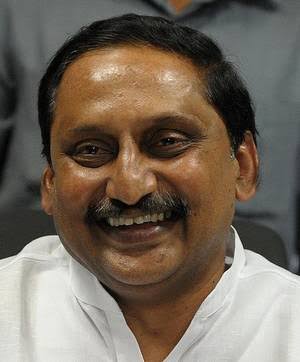 Congress is in a rejoicing mood as one of its important leaders have rejoined the party. The former Chief Minister of Andhra Pradesh, Nallari Kiran Kumar Reddy has returned to the party fold after four years of exit.

Reddy met the party chief Rahul Gandhi on Friday at Gandhi’s residence. After the meeting, Congress held a conference welcoming Reddy in the party. The party leaders have been in touch with Reddy for two months.

After the poor performance in 2014 elections which he fought from Jai Samaikya Andhra party, he resigned from active politics and has stayed away for the last four years.

Ommen Chandy, general secretary of Andhra Pradesh Congress welcomed the leader and said: “the party will be strengthened with Mr Reddy’s joining”.

With the upcoming state elections and Lok Sabha elections 2019, the return of Reddy will be favorable for Congress.

Expressing his contentment Reddy exclaimed,  “I am very happy to be coming back to the Congress family. With whatever little I can work for the party, I will make sure to strengthen Congress President Rahul Gandhi.”