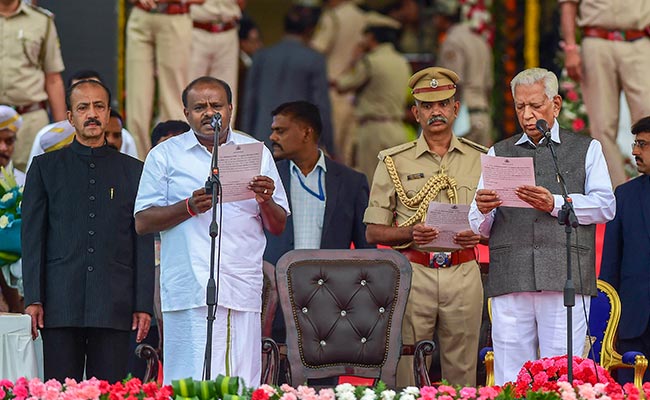 Differences of opinion over power-sharing arrangements between Congress and Janata Dal (Secular) were seen to be emerging just hours before today’s trust vote after recently sworn-in deputy chief minister of Karnataka G. Parameshwara said it is still not confirmed whether Kumaraswamy will get to be the chief minister for five full years.

Parameshwara told reporters that the question of whether to give Kumaraswamy the chief minister’s office for his entire tenure is yet to be decided, thus leaving open the option of either him or some other Congress leader taking over the CM’s office after a few months.

The deputy CM said these kinds of modalities are yet to be sorted out by Congress and JD(S). Those decisions will be taken later keeping all factors in mind, but for now both sides intend to stay as coalition partners and provide good administration to the people, he said.

Kumaraswamy, on the other hand, played down all these suggestions when asked about Parameshwara’s statements. He said no power-sharing agreements have been discussed and he is going to be the chief minister of Karnataka for full thirty months.

Kumaraswamy’s government will face a crucial floor test today which he and all other Congress leaders are confident of passing.