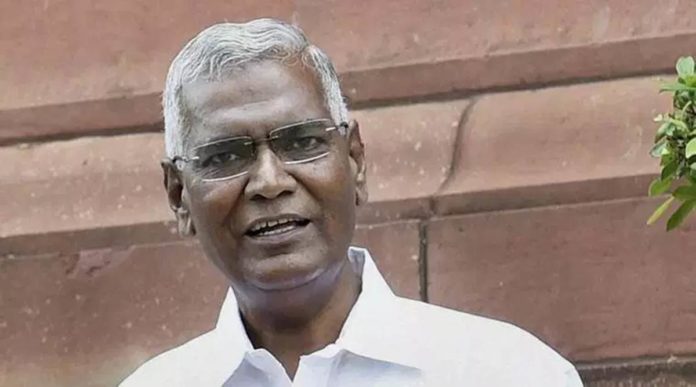 The Communist Party of India (CPI) on Sunday appointed D Raja as its new General Secretary of the party. The decision was taken in a two-day long meeting of party top decision-making body.

The CPI National Council unanimously approved the appointment of Raja as general secretary of the party. D Raja will be replacing S Sudhakar Reddy, who had been at the party’s top post since the year 2012.

D Raja, 70, is a current MP of the Upper House of the parliament and is currently serving his second term in the Rajya Sabha after being elected in 2013 from the state of Tamil Nadu. D Raja was the CPI’s secretary since 1994.

The change in the leadership came months after the party faced a humiliating victory in the national polls concluded on May 23.

In the meantime, DMK Chief MK Stalin congratulated CPI Veteran Leader D Raja on his appointment as the party General Secretary. “I wholeheartedly extend my greetings on behalf of DMK to D Raja on being elected as the General Secretary of CPI”, Stalin said in a statement as quoted by ANI.

He further added D Rajan has been given charge of the party at the time when the very ‘features’ of the Indian Constitution are ‘under stress’.