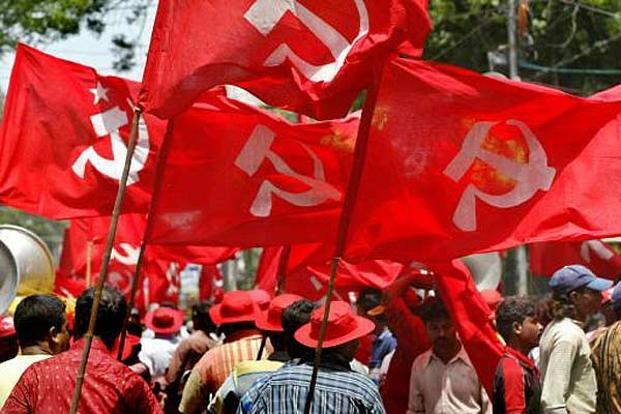 Informing about the poll pact, CPI(M) Leader K Balakrishna said, ‘In the upcoming Parliament Elections, to defeat BJP-AIADMK-PMK alliance in Tamil Nadu, CPI-M has made an agreement with DMK. We have allied on 2 parliamentary constituencies out of 40 constituencies in Tamil Nadu & Pondicherry’.

He added that ‘Also, in the by-elections, we will support DMK (Dravida Munnetra Kazhagam) in all the constituencies.

K Balakrishnan, CPI-M (Communist Party of India-Marxist): Also, in the by-elections, we will support DMK (Dravida Munnetra Kazhagam) in all the constituencies. https://t.co/slllyYKaww

Earlier KMDK joins DMK-Congress Alliance in Tamil Nadu and Puducherry. While another ally Indian Union Muslim League have got one seat in the ‘mega’ Opposition Alliance.

With this, DMK-Congress will now have CPI, KMDK, VCK, IUML and CPI(M). Congress had last month stitched an alliance with DMK to contest 9 Lok Sabha seats in Tamil Nadu and one seat in Puducherry. The CPI(M)and MDMK leaders are expected to meet the DMK leaders in the evening to finalise the seat-sharing agreement.

While the Ruling party in Tamil Nadu AIADMK had stitched alliance with Bhartiya Janta Party (BJP). The BJP will contest five seats in alliance with the AIADMK, PMK and other parties. As per the Alliance, BJP will back the ruling AIADMK in the 21 Assembly Seat by-polls. The alliance is for all the 39 seats in Tamil Nadu and one in Puducherry.

Tamil Nadu has total 39 Lok Sabha Seats while Puducherry has a single Lok Sabha seat. General Elections 2019 are due for April-May however official schedules for polls are yet to be released.