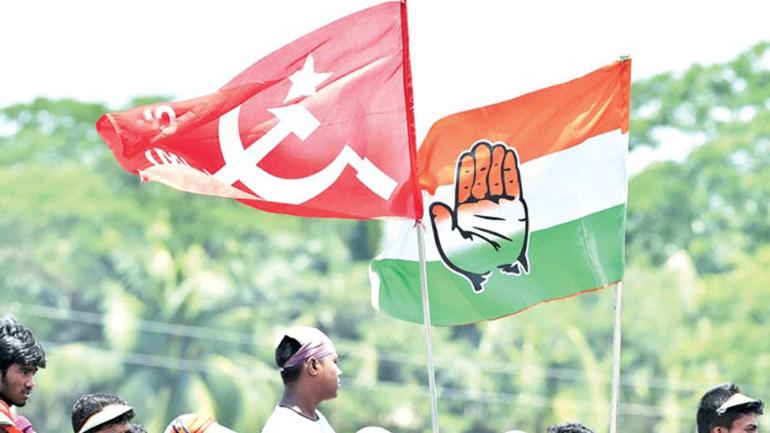 As per the statement released by the front, CPI(M) will file its candidates on 15 seats while all three allies, AIFB, RSP and CPI will have three seats each to ‘play on’. The statement further said that it has been decided that the alliance will support an Independent Candidate Rejaul Karim on Birbhum Lok Sabha seat.

However, the left front said that it will not field its candidates on the seats that were won by Congress in 2014 General Elections that includes, Baharampur, Jangipur, Malda North and Malda South.

The list of left Front came amidst both CPI(M) and Congress were holding final rounds of deliberations over seat sharing in the Mamata Banerjee‘s bastion West Bengal. In 2016 Assembly Polls, The Left parties and the Congress had come together to take on the Trinamool Congress. The coming together of the Left Front and Congress in the upcoming General Elections will also turn the Lok Sabha poll three-way fight.

Ruling Trinamool Congress has already announced its candidates on all 42 Lok Sabha seats with over 40% tickets distributed to female candidates. While Bhartiya Janta Party is currently busy in catching bigwigs from TMC and Congress in the state.