The Indian Wire » Politics » Days after dropping alliance with Congress, Mayawati says will not beg for seats 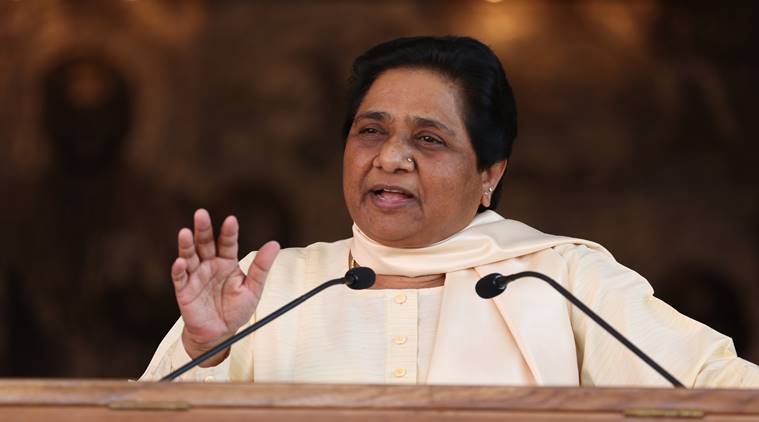 BSP chief Mayawati has maintained her stance on not forming any alliance with any party and would rather prefer to contest elections alone. Talking to reporters on Tuesday, which was the death anniversary of the BSP founder Kanshi Ram, she stated that no party works for the welfare of Dalits and Minorities.

A statement by the BSP quoted her as saying that the party will never compromise with the self-respect of the Dalits, tribals, backward, Muslims, other minorities and the upper castes, poor irrespective of the “malice and torture” of the governments run by these two parties.

Remembering the party founder Kanshi Ram on his death anniversary, Mayawati said that she would soon acquire the “master-key” to power and dedicate her life to the service of Dalits, Minorities and oppressed. She said, “I will walk the path shown by BR Ambedkar and Kanshi Ram. For this, neither will I break nor bend before any powerful force but will face every problem and conspiracy and acquire the master key to power”.

Last week she retreated back from the talk of alliance with the Congress stating that the grand old party did not agree to part with as many seats for the BSP as she demanded. She has maintained over the course of tie that she be given a respectable number of seats otherwise she won’t be supporting any party. The statement also read, “What it clearly means that the BSP will not beg for seats in any alliance. If this (respectable number of seats) does not happen, then it will continue to fight polls on its own”.

However, she said that she wants to oust the Bharatiya Janata Party government, describing it as “casteist, communal, arrogant, malicious and narrow-minded”. She also said she was against any misuse of law referring to the recent protests by the upper caste people against the Modi government’s decision on SC/St act. Reminiscing about her government she said that her government had ensured that the law was not misused during its four terms in power in Uttar Pradesh.