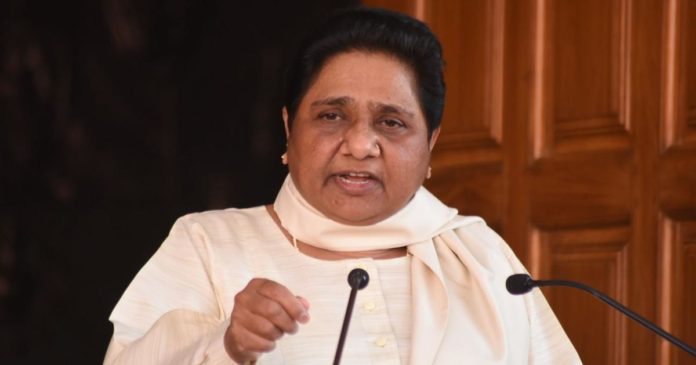 Bahujan Samaj Party (BSP) chief, Mayawati, undergoes complaint filed by Chhatar Singh Racchoya alleging the usage of religious comments and hurting the religious sentiments of people by comparing herself to the Hindu deity, Lord Rama. The plea was filed in Tis Hazari court on Wednesday in regard to the Mayawati’s appeal to the court of building her statue.

The complaint filed stated that the sarcastic comments made by Mayawati in order to let her build her statue, hurt the religious sentiments of the public.

The plea said that such affidavit at the time of election purely serves the disrespect towards a religion with a view to take uncut advantage for polarization. The plea said, “This type of an affidavit submitted by the accused in the time of Lok Sabha elections when the Model Code of Conduct is in effect, where she is comparing herself to lord Rama, it shows a clear cut conspiracy behind using the religious remarks. She is satisfying some other religion and wants to create disharmony between communities within the country.”

The petition is filed under section 156(3) of Code of Criminal Procedure (CrPC), 1973 to direct the concerned SHO to register an FIR against the BSP chief Mayawati under the sections 153A and 295A and other appropriate sections of the law.

Ina recent affidavit to the Supreme Court, Mayawati justified the use of the money from taxpayers that she used to build statues of her party symbols in Uttar Pradesh. She said that the money was given by the party well-wishers. In response to the affidavit, chief justice Ranjan Gogoi had said that Mayawati would have to reimburse the taxpayers money.

In the same affidavit she seeked permission from the apex court to let her build her statue. When the court denied the permission, Mayawati took to religious comments saying that if the ruling UP government (BJP) can make tall Idol of Lord Rama in Ayodhya measuring 221 meters by using funds provided by the government, then why is the court not allowing her to make hers.

“The matter will be heard on May 1,” said Metropolitan magistrate Tista Shah.