The Delhi High Court Double Bench on Wednesday deferred the hearing of a petition to Jan 16 filed by the Associated Journals Ltd (AJL), publisher of the National Herald newspaper, challenging a single-judge bench order to vacate the Herald House.

A bench of Chief Justice Rajendra Menon and Justice V. Kameswar Rao deferred the hearing to January 16 after it was informed that Solicitor General Tushar Mehta and the AJL counsel and senior advocate Abhishek Manu Singhvi are not available to argue the case on Jan 15.

Delhi High Court changes the date of hearing in AJL Herald matter to 16th January, as requested by Abhishek Manu Singhvi. Earlier the hearing was scheduled for January 15. pic.twitter.com/pH0mBb0ZJ5 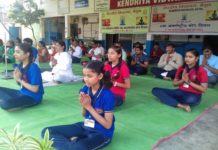