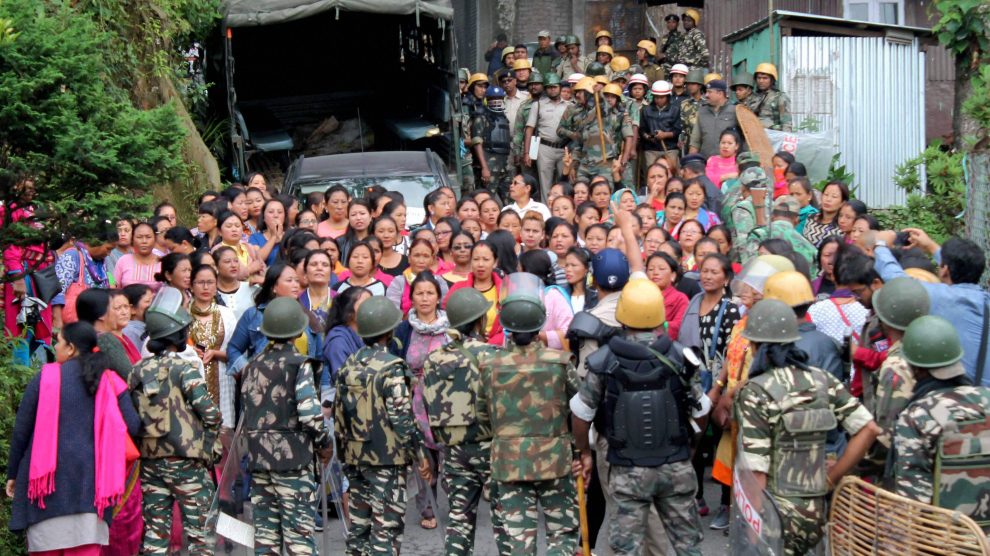 The demand for Gorkhaland is witnessing many tragedies, with Gorkhas being on both sides, protesting side as well as security side.

The unrest in hills of West Bengal does seem to cool down as the demand of the Gorkhas for a separate Gorkhaland continues. The GJM along with few other regional parties are demonstrating protest on the roads of Darjeeling demanding for a separate statehood for them. The protest has turned violent after a few strings of events that fueled the agitation of the protesters.

Mamata Banerjee government is trying hard to suppress the movement by deploying CRPF forces and taking police actions against the protesters, still the Gorkhas are adamant on their demand. Neither Banerjee government nor the Gorkhas are agreeing to compromise on any condition. Looking at the prevailing political situation in the region the parties have urged the centre also to intervene, but no decision has been finalised yet.

The most critical case of the security personnel admit is that of Kiran Tamang, the assistant commandant of Indian Reserve Battalion (IRB). While he was rescuing a woman security personnel from the attacks of a Gorkha, another Gorkha attacked him with a khukri injuring his spine and lungs. Kiran is fighting for his life admitted in the Siliguri nursing home.

Despite Kiran being in such a critical condition, his wife Rajni Tamang, in her statement to ET told that Gorkhaland state is dear to her. She also urged all the Gorkhas not to practice such violent actions, killing their own Gorkha brothers. She further said that, “it is one thing to be loyal to one’s duty and another to cherish the dream of a homeland.”

There is not just one case of Kiran, but many others both from protesting Gorkhas and Gorkhas from security personnel are suffering serious injuries.