The Indian Wire » Politics » DMK Crisis : Alagiri to hold a mega rally in Chennai on Sept 5 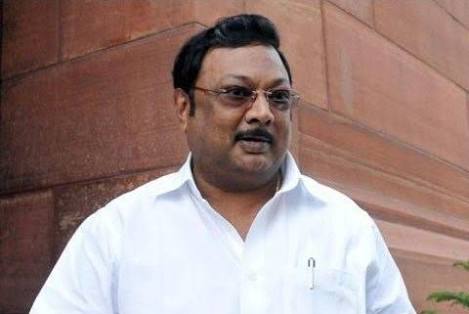 Before the anointing of his younger brother M K Stalin as the official President of Dravida Munnetra Kazhagam(DMK), M K Alagiri will hold an astronomical rally on September 5 in Chennai, reported Times of India.

The general council meeting, in which Stalin will be declared as the party chief after the death of DMK patriarch M Karunanidhi on August 7, will be held on August 28.

Alagiri was expelled from DMK for anti-party activities and demeaning Stalin in 2014 by their father and DMK patriarch Karunanidhi.

As per Indian Today report, this will be a first grand level show of Alagiri’s “rebellion” against his brother. He and his stalwarts will march from Anna Salai to Anna memorial where Karunanidhi has been buried.

He said, “Over one lakh people will come for the rally. Loyal supporters of Kalaignar will come for rally from all parts of Tamil Nadu. We have sought permission from the police to take out a rally from Anna Salai to Anna Memorial but due to traffic snarls, they are likely to grant us permission from Triplicane Police Station to Anna Memorial”, Indian Today reported.

When asked about his return to the DMK, he replied, “They do not (DMK led by its working president M K Stalin) appear to want to take me back”, PTI quoted Alagiri as saying.

He told Times of India that the DMK would be “ruined” if Stalin took the reins of the party. He accused Stalin of not being able to please the opponents and work with them.