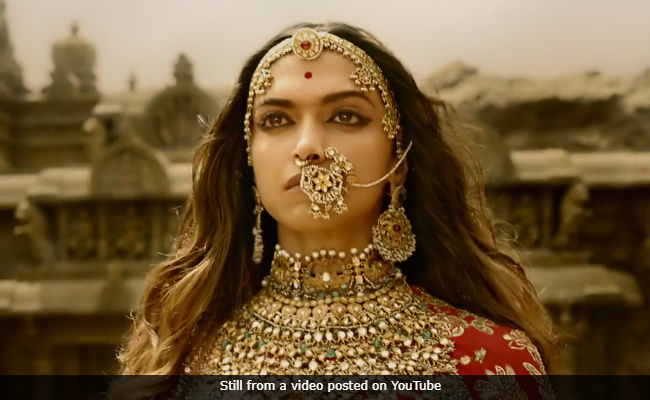 Government schools in Gujarat’s Mahisagar district have been asked not to include programs based on songs or scenes of the film “Padmaavat” during the Republic Day celebrations tomorrow.
District primary education officer Kishor Jani today said that schools will organise several cultural programmes on Republic Day.

“The schools have been told not to include programmes based on songs and scenes of this film during cultural events to be held on January 26,”Mr Jani said, adding, “It is a positive step to avoid any controversy.”

He said the suggestion has been made to the schools as there has been a controversy over the film “Padmaavat“, and some parts of the state have witnessed violence.

However, Mahisagar Collector M D Modiya, when contacted, said he was not aware of any such development.

The circular comes at a time when fringe groups are opposing the screening of the period drama, based on historical figures, even as the Supreme Court has ordered its release in the state.

Gujarat witnessed violent protests against the release of the movie in the last few days, after which theatre owners have decided not to screen it in the state.After protests by the Karni Sena and other groups turned violent, the multiplexes and single screen theatres across Gujarat have decided not to screen the movie, which has been released in other parts of the country.
Heavy security has been deployed in the state to prevent any untoward incident.

The movie, featuring Deepika Padukone, Shahid Kapoor and Ranveer Singh in the lead roles, is based on the saga of a historic 13th century battle between Maharaja Ratan Singh and his army of Mewar and Sultan Alauddin Khilji of Delhi.