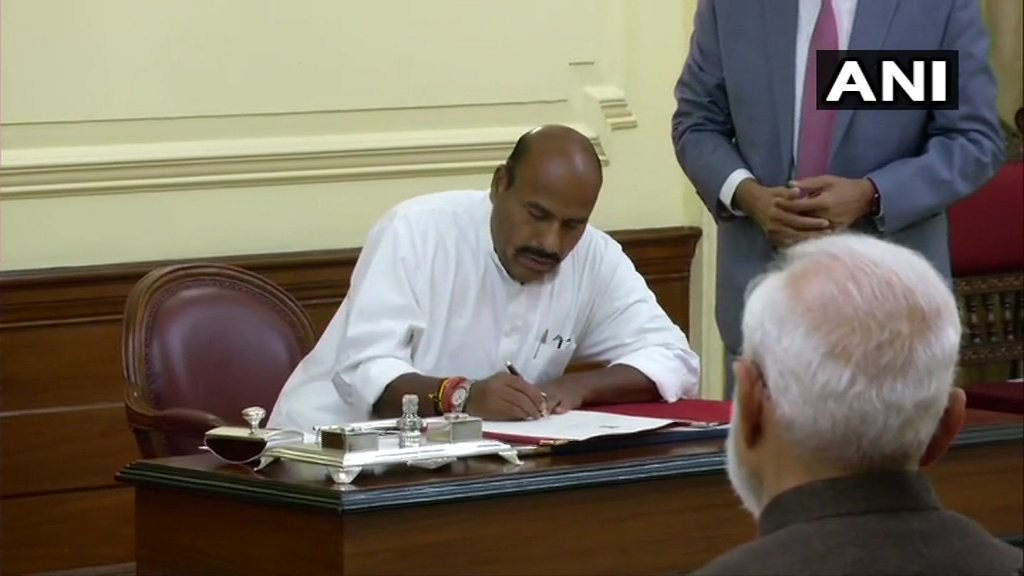 He later elected from Tikamgarh Parliamentary Seat from 2009 and was elected to 17th Lok Sabha from the same seat.

Kumar was MoS in the ministry of women and child development (headed by Maneka Gandhi) and MoS in the minority affairs ministry in Narendra Modi‘s previous government.

Among other front runners for the post was Maneka Gandhi. The eight-time MP has been kept away from Union Cabinet this time.

The first session of the 17th Lok Sabha will begin from June 17th, today and will continue till July 26. President Ram Nath Kovind will address the joint session of both the houses of parliament on 20th June. Election to elect a new Speaker of the House will be held on June 19th.

Election to elect a new Speaker of the House will be held on June 19th. BJP MP Maneka Gandhi is among the top contenders for the post. The oath to all the newly elected MPs will also be administrated in the first parliament session of 17th Lok Sabha by pro-tem speaker Dr. Vijendra Singh.

While Both the Houses – Lok Sabha and Rajya Sabha – will take on the motion of thanks and PM Modi will reply on the same.