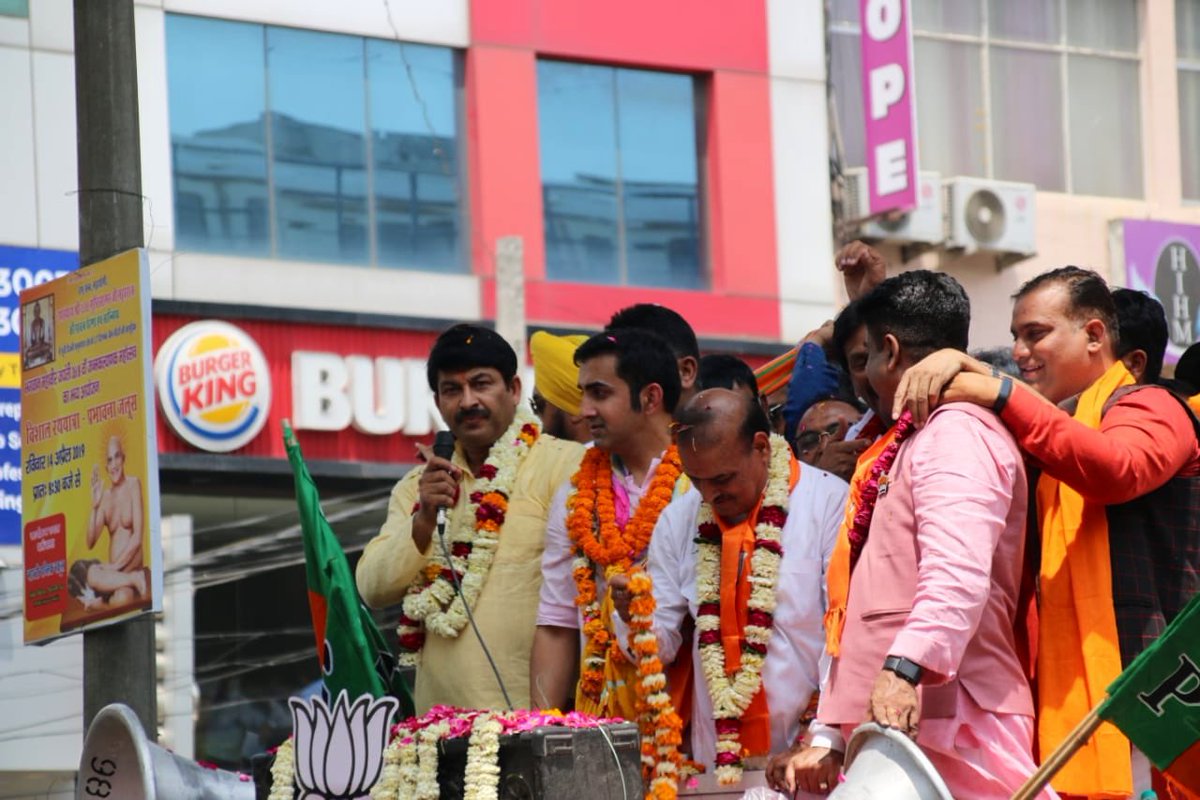 The Poll Officer in an official release stated, ‘At the time of scrutiny, Atishi Marlena along with Advocate Anish Dayal (Aam Aadmi Party) along with Mr Manjit Singh raised an objection that on the two affidavits filed by the candidate (Gautam Gambhir), the notarial stamp bears the date ’18/04’ on the first affidavit and “19/04″ on the second affidavit, whereas the date of the stamp paper is of 23.04.2019”.

It is alleged that the stamp paper on which the affidavit has been furnished is dated April 23 whereas the notarial stamp on two affidavits submitted by the Cricketer-turned-Politician Gautam Gambhir has a date of April 18 and April 19.

Gautam Gambhir has been named by the party for Delhi East Seat to contest against Congress Arvinder Singh Lovely and Aam Aadmi Party nominee Atishi. Gambhir in a run-up to the elections has been named replacing sitting MP Mahesh Giri from Delhi East Parliamentary Seat.

Apart from Gautam Gambhir, AAP and Congress on Wednesday also raised objections on the nomination form of BJP South Delhi Candidate and sitting MP Ramesh Bidhuri. However, poll officials rejecting the allegations accepted the nominations after he filed a response.

Tuesday was the last day of filing nominations for the Lok Sabha elections in Delhi, which is due on 12 May.