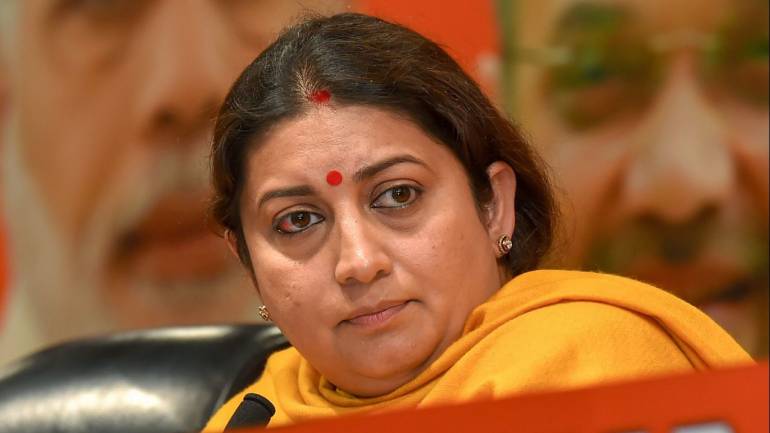 The Chief Electoral Officer (CEO) of Uttar Pradesh, Lakku Venkateshwarlu, dumped the allegations by Union Minister and BJP Amethi Candidate of booth capturing. Speaking to the media on Monday, Poll Official said that Video of an elderly woman that claimed that she was forced to vote for Congress was found to be baseless.

The Video clip was tweeted by BJP Candidate Smriti Irani earlier in the day with an ‘alert’. She accused Congress President Rahul Gandhi of indulging into booth capturing.

Poll Official further said, ‘Following the complaint, we have prima facie sacked the presiding officer. We have also asked the sector officer, senior officials and poll observers who immediately rushed to the booth and spoke to the polling agents of the political parties, other officials in the polling booth following which it was conclusively found that the charges in the video clip were fabricated.‘

Irani who is taking on Congress President Rahul Gandhi from Amethi, on Monday tweeted a video of a woman who claimed that she was forced to vote for the Congress. As claimed, the incident is from Gauriganj’s Guzartola Polling Booth No. 316.

I tweeted an alert to administration and EC(alleging booth capturing in Amethi), hope they take action. People of the country have to decide whether this kind of politics of Rahul Gandhi should be punished or not’, said Union Minister while talking to media persons in Amethi.

In a run-up to the mega elections, Rahul Gandhi is taking on Smriti Irani. In 2014 General Elections, Bharatiya Janata Party fielded Smriti Irani against Rahul Gandhi who gave a tough fight to Congress President. The Margin of winning that used to be over 2-3 lakhs in past was reduced to just 1 Lakh in previous polls.

General Elections 2019 is being held across seven phases starting April 11 to May 19. Amethi already voted on May 6 under Phase-V.