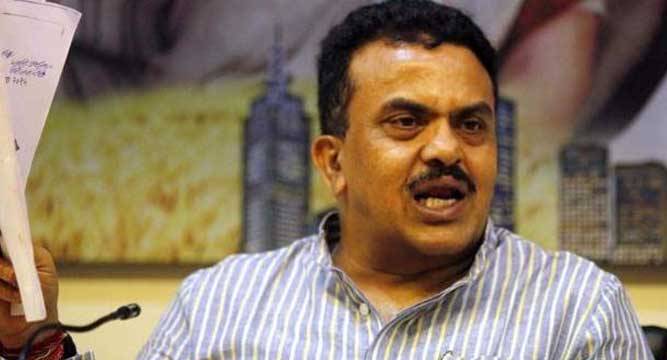 The Poll Body on Tuesday issued a show cause to Congress Leader Sanjay Nirupam over his controversial against Prime Minister Narendra Modi. The Election Commission of India in a notice stated that it prima facie finds Nirupam of violating the model code of conduct.

Congress Leader has been asked to furnish a response on the same within 24 hours. It has been alleged that Sanjay Nirupam while speaking in Varanasi made controversial remarks about the Prime Minister Narendra Modi.

Election Commission has issued notice to Sanjay Nirupam, Congress leader for prima facie violation of Model Code of Conduct in a speech delivered in Varanasi, Uttar Pradesh. He has been asked to furnish his response within 24 hours. (File pic) pic.twitter.com/m36CqXi7FQ

Nirupam reportedly speaking in Uttar Pradesh‘s Varanasi on May 7 said, ‘I feel that the person that people here have chosen- that Narendra Modi is actually the modern incarnation of Aurangzeb’. He added, ‘What Aurangzeb could not do, that Narendra Modi has done.’

#WATCH Sanjay Nirupam, Congress, in Varanasi: I feel that the person that people here have chosen- that Narendra Modi is actually the modern incarnation of Aurangzeb. (07.05.2019) pic.twitter.com/u6x0UsgU3D

Congress Candidate from Mumbai North-West Lok Sabha Seat Sanjay Nirupam who was in Varanasi to seek votes for Congress Ajay Rai. Rai is pitched against Prime Minister Narendra Modi who is seeking his second term from the Varanasi Lok Sabha Seat.

SP–BSP has announced Shalini Yadav as its Candidate for the mega polls.

Varanasi Lok Sabha Seat along with 12 other seats of the state will go to polls on May 19, four days before counting.