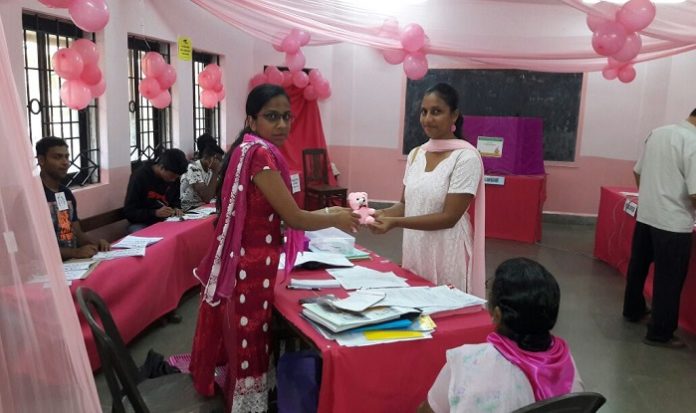 In order to encourage women voters for the general elections 2019, Authorities in the national capital has decided to set-up at least 19 pink polling booth that will be especially set-up for the women voters for the May 12 polling. These 19 ‘Pink Polling Booths’ will be managed by all-women polling officials and security personnel.

Gearing up for polling in the national capital which is slated for May 12 for all seven seats of Delhi, Authorities have planned to set up a total of 13,816 polling stations. These polling stations will be established at 2,696 locations in Delhi, with a ‘Pink’ polling station in each of the 70 assembly constituencies on the Delhi.

Speaking on the preparations, Chief Electoral Officer (CEO) of Delhi, Ranbir Singh said the poll body has already identified the areas where these ‘model polling station’ will be set up.

He further said this would be the first time that such ‘Pink’ Booths will be set-up which will be completely managed by the women only. This is done to encourage women voters.

However this would be the first time for Delhi, but a similar booth was set up by the authorities in Gautam Budh Nagar of UP which went on polling on Thursday, April 11. Apart from this such Polling booths were also set up by authorities in Meghalaya. In Mizoram State Polls Last year, State EC had set up a similar booth to encourage women participation in a game of ballots.

Polling on all seven seats of Delhi will be held in a single phase of May 12, the sixth phase of voting.